Left for work at 7am (a little later than usual) and got home tonight at 7:45pm (a lot later than usual!) and still slogging away on my laptop!  Just taking a short blogging break now!

Tomorrow will also be manic…I have a year 10 meeting first thing, before taking the year 7 assembly and then I have a lesson observation Period 1 with a mixed group of year 9 students and I’m meeting with an English teacher at lunch to discuss my redesign of the English department website!  I will VERY much be looking forward to a run tomorrow night at club.  I have not run for three days in a row now.  I think this is the first week of 2013 I haven’t run at least five days of the week and I’m missing it lots! 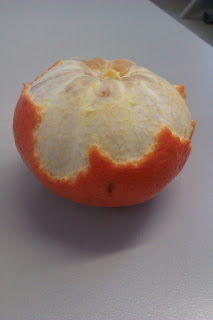 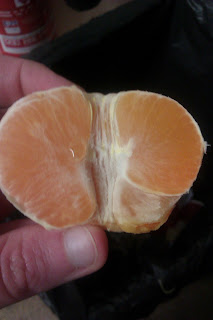 As per usual now, I had two tangerines for lunch!  Although I want to start phasing these out over the next couple of days…I fear I might actually turn orange soon!  I’m sure I heard once that somebody that drank too much Sunny D did begin to get orange skin!  They’re also making me need the toilet more!

This has been an extremely manic week but this weekend I’m looking forward to planning my meals a little better for next week and starting to get a little more creative in the kitchen!  I think I might pull out my slow cooker for the first time since Dan’s Mum bought it for me three years ago!  (At that point I was leaving for work at 3:45am and not back until gone 8pm so figured anything I left inside during the day would be black, stiff and completely inedible!)

Dan and I got together back at the start of 2007 whilst we were both at Staffordshire University and our groups of friends got talking on a night out. After END_OF_DOCUMENT_TOKEN_TO_BE_REPLACED

I have run a number of races since I first started blogging.  I’ve tried to blog about all of the races I’ve entered, and have split them below into the END_OF_DOCUMENT_TOKEN_TO_BE_REPLACED

So who am I?… I’m a 30 year old high school teacher of ICT living in Northamptonshire with my new husband Dan.  We met at Staffordshire University back in 2007 END_OF_DOCUMENT_TOKEN_TO_BE_REPLACED