Just back from another great post-work run.  6.41 miles at a 9m 59s average pace.   839 calories.
I got changed as soon as I was back from school.  I drove in today as Dan was going out for food with friends from work.  This meant I was back home by 5:15 and that it was light enough for me to run out of town still and somewhere different!  There is a route which runs down into the next village (all street lit) and then alongside the A45 for a mile (not street lit and with a horrific path that has tree roots coming up everywhere!)  I decided a few months back that when it was dark and lots of cars are heading towards you and you are blinded by their lights this route is impossible.  However, tonight it was just dusk and I fancied a change so gave it a go.  I had an easy 6 pencilled into my running diary so planned to head out for three miles, turn around and head back again.
My body felt great from the start.  My mind was still mega busy working through the past week of events and I was finding the run fun and easy.  Heading out my mind was thinking, “You’re only going out for three miles before turning back” and it was much easier to focus on than heading out for six miles.
A friend posted in a blog last month that he always prefers out and back routes rather than circular ones (which I have tended to favour) because he always manages to find shortcuts home with the circular routes and not go as far as intended.  At the time I disagreed, thinking that surely it would be much easier to wimp out and not go as far out before turning back on an out and back route.  Psychologically though, tonight, thinking I only had to run three miles helped push me along and helped me play mind games with myself on the way back to not give up!

A there and back route, or circular?  Pros and cons for each.  Which is best?! 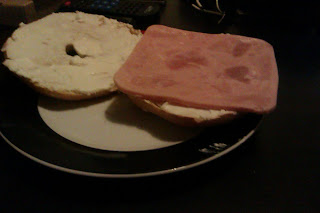 Yesterday was literally the busiest day I have had in an extremely long while!  I was up by 5am to finish writing my lesson plan as I had an observation Period 1 with a year 9 class.  Grabbed a bagel with philadelphia and ham and a Muller light yoghurt for breakfast, showered and Dan drove me to work whilst I scribbled down on the back of a cookie wrapper details of the resource I still needed to finish creating and practiced my assembly speech. 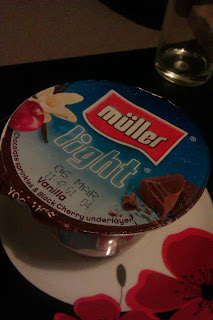 At work I printed off the seating plan, lesson plan, resources and began cutting up the starter exercise.  Rushed down for a year 10 meeting at 8:25, left that early at 8:40 and rushed over to year 7 assembly where the Head of Year was panicking because the kids were due in any second and I hadn’t showed up yet!  Gave my assembly (which actually went great!) and rushed back over to my form room ready for my observation.  Ian, my line manager came to tell me that it would no longer be a full lesson observation, but instead a drop in of 15 minutes in about 15 minutes time.  This could go either way…I could have lost the kids interest by then, or work extremely hard to have them thoroughly on task by the time the Assistant Head arrived.  Luckily, it was the second one and my lesson went without hitch!

Taught Period 3 and was looking forward to a well deserved break Period 4 but I got put onto cover for year 7 music!  All of the students recognised me from assembly that morning, two came to talk about SAMLearning and one came over to talk about running as he runs cross-country for his local club!  Lunchtime should have been a meet regarding a revamp of the English website but the teacher was off sick.  And then my year 11 class in the afternoon were lovely and calm and I really enjoyed teaching them! 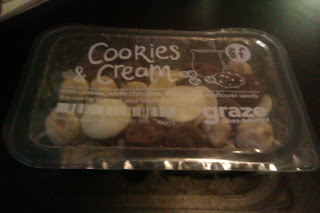 Was sooooooooooooo looking forward to getting to club when I got home from work.  Dan had picked me up in plenty of time, so I was back to ours by 5:45 (club doesn’t start until 6:30) and I grabbed a snack (mmmmmmmm, cookies and cream Graze box!) before heading upstairs to get changed.  Couldn’t find my running bra anywhere.  I was getting really cross.  Dan had taken two loads of washing upstairs on Tuesday night to help me out – normally I take it up and sort it straight away, and I was convinced he’d lost it between clothes horse and bedroom, however, at 6:20 I found my bra hanging from the curtain hooks in the bedroom – where I’d left it to dry the other night.

Went out for a run anyway.  Was in two minds about going for a tempo run (which is what I should have been completing at club) or an easy run.  Did a mix of the two!  Am quite glad actually that I didn’t get to club as I have had such a busy week and no time to catch up on my thinking.  I wouldn’t have been able to do that at club.  Made another deal with myself that I wouldn’t check my watch whilst I was running, but instead, run on feel and wait until I got back home to look at my stats.  I had a great run!
Mile 1: 10:57 (Included my warmup)
Mile 2: 9:23
Mile 3: 9:53  (Including a brief walk to take off my jacket and wrap it around my waist)
Mile 4: 9:35
Mile 5: 9:56
Mile 6: 9:12 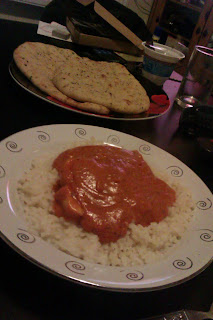 When I got home, Dan had cooked us a curry – Chicken Tikka with rice and a large garlic naan bread.  I had never had a curry until I was 21.  My mates think that is really weird!  Was delicious and I felt satisfied but not overly full afterwards.  Just the way it should be!

Dan and I got together back at the start of 2007 whilst we were both at Staffordshire University and our groups of friends got talking on a night out. After END_OF_DOCUMENT_TOKEN_TO_BE_REPLACED

I have run a number of races since I first started blogging.  I’ve tried to blog about all of the races I’ve entered, and have split them below into the END_OF_DOCUMENT_TOKEN_TO_BE_REPLACED

So who am I?… I’m a 30 year old high school teacher of ICT living in Northamptonshire with my new husband Dan.  We met at Staffordshire University back in 2007 END_OF_DOCUMENT_TOKEN_TO_BE_REPLACED