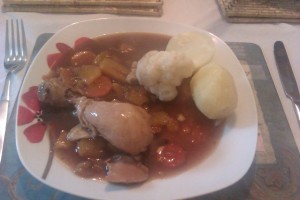 Here’s the chicken casserole from lunch.  One drumstick, two potato halves, a piece of cauliflower, some swede and carrots.  Yum!  It was of course followed by dessert – a small slice of almond cake with chocolate custard.  Dad cannot live without dessert.  In actual fact, less than an hour after this meal he offered both my Mum and I Magnum chocolate icecream bars as he was peckish and fancied one! 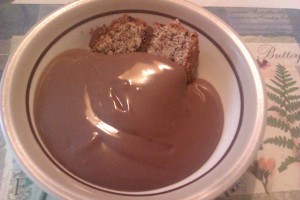 Dad used to be a builder, and still has a self-employed mentality, despite now being retired.  He is always up and about and poking in little projects, using lots of energy.  He can’t understand why everyone is not as hungry as him! 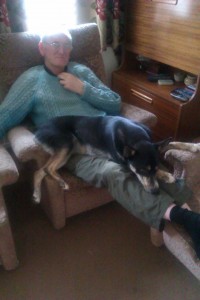 When Blue gave up trying to bite my toes he turned to sleeping on Dad’s legs instead.  He is WAY too big to be doing this!!!

I spent a lazy hour playing with WordPress and trying to sort my new domain out before driving the two hours home and after tidying, washing, cleaning, etc threw a tomato soup in the microwave with an old on-its-way-out wholemeal pitta. 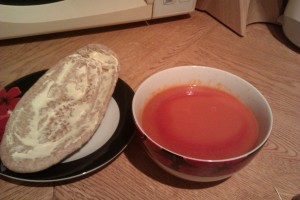 The next task of the night is to try and book a hotel for The Great North Run in September.  Some of the hotels I’ve seen are over £300 for just one night!  It’s too far to drive up the morning of the race though, I’d be too tired by the time I ran it and I would really love to PB with a Sub 2 at this race after a Summer of running… 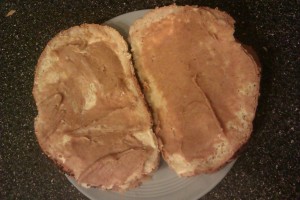 I’d planned an 18 mile run around the villages near to my parents this morning and was quite looking forward to it.  I knew from last week that I was capable of running a longer distance than I have been and that I just needed to slow my pace down to ensure that I made the distance without having to walk.  I planned two longish, different loops of about 9 miles each and set off at 7:30am after two slices of bread and butter with organic peanut butter on top (this is now my peanut butter of choice…it was YUM!)

It snowed/sleeted the entire time I was out and was really windy but not overly cold.  Once I got to mile 11 I started thinking of it as only 7 miles to go – almost a club night run – I knew that I would be able to complete 18 miles non-stop from this point so just kept plodding on and enjoying it.  My pace was 10:30-11mm and I kept it nice and steady.  I know without a doubt that I can beat my marathon PB in eight weeks time, it’s just by how much!  My aim will be to keep running the entire distance on the day.  I needed this long slow run today to reassure myself that I can run the distance.  This is the furthest I have ever run non-stop and the fourth furthest distance I have completed before (two of which were my marathon last year and Oakley 20 mile race last year.) 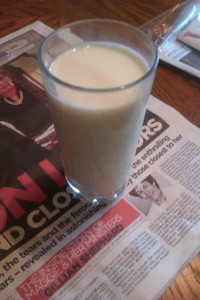 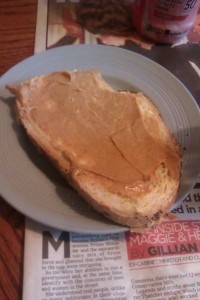 I came back on a runners high and wolfed down one more slice of bread and butter with peanut butter and a cold glass of milk.  Mum and Dad have full-fat milk, but after burning nearly 2500 calories I was OK with this!

I had arranged with Mum that I was going to cook dinner for the three of us today and when I got back from my run I was really upset to see that Dad had already cut all of the veg up for the meal.  I was close to tears for some reason!  I really wanted to cook for Mum on Mother’s Day and have some sort of control over the food we ate.  For the three of us Dad had two full saucepans of vegetables!  WAY too much food.  Mum and I adjusted the quantites and produced a chicken casserole with the veg. 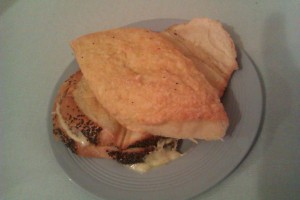 Whilst I was still relaxing on the bed and working up enough energy to shower, Dad brought me a small cheese toastie and half a cheesey bread roll.  I know that this wasn’t ideal and that I was mirroring my breakfast but with even more cheese…I find it really hard to say to Dad I don’t want something.  He doesn’t really show emotions, and has always used food to reward or treat me and my brother.  I got very mad at him several times when we were doing up my house I live in now.  We would leave Norfolk at 4:15am, travel to Northamptonshire where I would drop him off at my house, helping with anything he would need an extra pair of hands with before heading into school for the day, returning to pick him up at 4:30pm, staying and working on the house while it was still daylight enough to do so before driving the three hours back to Norfolk again for the evening.  He would always go into town and get cream cakes and save me one or buy chips for when I finished work.  All I was doing was sitting in a car/teacher’s chair all day and I got so frustrated that Dad kept buying me rubbish food.  He saw me as unhappy and tried to cheer me up by food!  It’s that vicious cycle!  Haha!  Mark is very good at just saying no but I never wanted to hurt Dad’s feelings. 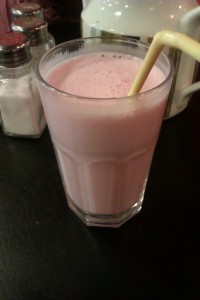 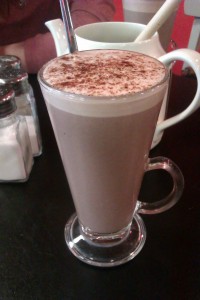 I nipped into town after I finally got a shower to grab a hot chocolate with my friend Hollie.  I knew there was the possibility of another drink on the cards as a serious catchup was required, so skipped the cream and marshmallows and didn’t feel quite as bad when drink number two came around and Hollie picked up a strawberry milkshake! 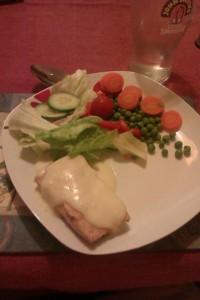 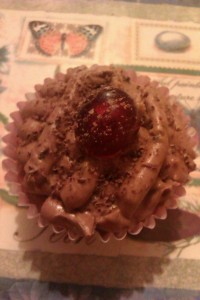 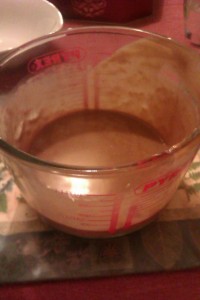 Tea was salmon with cheese sauce, peas, carrots, lettuce, cucumber, tomatoes and peppers.  Mum knows my plight for eating healthily!  Aunt Mary had made chocolate buns for dessert and I picked at one before eating the remainder of the custard out of the mixing pot for seconds that Dad had made.

Dan and I got together back at the start of 2007 whilst we were both at Staffordshire University and our groups of friends got talking on a night out. After END_OF_DOCUMENT_TOKEN_TO_BE_REPLACED

I have run a number of races since I first started blogging.  I’ve tried to blog about all of the races I’ve entered, and have split them below into the END_OF_DOCUMENT_TOKEN_TO_BE_REPLACED

So who am I?… I’m a 30 year old high school teacher of ICT living in Northamptonshire with my new husband Dan.  We met at Staffordshire University back in 2007 END_OF_DOCUMENT_TOKEN_TO_BE_REPLACED