I began re-writing my year 7 reports last night after my files corrupted in the school database.  With less than 24 hours to re-write them I definitely felt the pressure was on!

Although not so much that I was going to miss running club last night!

I’m very glad I went – my original group 4 coach was back.  He had been away for the whole ski season and was back to bully us to some new Summer PBs!  Andy was the first coach I felt really coached and improved my running after my initial Beginners course I attended.  Last night, due to the nice weather – sunny evening, slight wind and dry ground – Andy had booked out the 400 metre track for us.

I was quite glad to see several newbies running in group four.  Lots of people have signed up over the past six weeks (probably in time for bikini weather!)  This meant that I wouldn’t be struggling alone at the back to keep up the pace with the rest of the group which was a nice feeling.  Everybody always says they don’t mind, but I still feel bad if they are forever looping back to include me in a run!

We began with a warmup of two laps round the track.  The warmup laps were at a 9-9:30mm pace.  Nice and steady but enough to mean I wasn’t overly chatty!

Andy then got us to complete several ‘sprinting’ stretches and exercises including deep long lunge strides, high skips and swinging of the arms.  After about 15 minutes of intense stretching HELL had been endured (I seriously ache so much today!) he split us into two groups of eight and send our group to the other side of the track at the 200m mark.  The basic plan was to sprint (as fast as we could in a controlled manner), concentrating on technique the 200m to the other side of the track.  We would then walk across the middle of the track as recovery before repeating the exercise again.  10 times in total.  The first couple of sprints my pace was a little slower, but I gradually got into full swing and I averaged about 30-33 seconds per rep.  (This is a complete estimate from my Garmin stats, as I kept my Garmin running throughout!)  My top speed reached was 5:05min/mile though!  Andy pointed out that I tend to swing my arms across my chest rather than push them back and forwards so that was what I really concentrated on towards the final reps.  I was also trying hard to practice Heather’s fast-feet technique from a few weeks ago.

I returned home knowing I still had the majority of 93 reports to write out.  I was really not in the mood to settle down after my running high!  I was feeling very uninspired for tea and picked up a chicken  mushroom pot noodle.  These probably have the WORST nutrition stats in of all quick food ever!  This went well with a slice of bread and butter and several pints of water and kitty-cuddles! 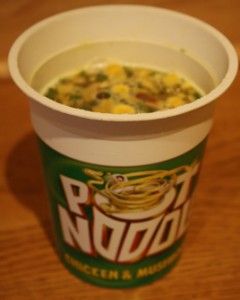 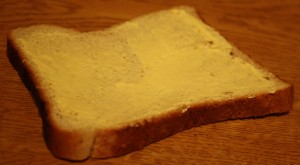 In the end I ummmed and ahhhhed and decided to go to bed early – setting my alarm for 3:45am this morning to get up and complete my reports.  I do always work better in the mornings.

I failed though, as I was woken up at midnight by Dan phoning me to say that I had locked him out of the house – leaving the keys in the lock!  He had been back to watch Wolves play tonight and made the drive back to ours once the match had finished.  FAIL!  I vaguely remember waking up, letting him in and crawling back into bed while he checked his emails…I was soon fast asleep again though!

Dan and I got together back at the start of 2007 whilst we were both at Staffordshire University and our groups of friends got talking on a night out. After END_OF_DOCUMENT_TOKEN_TO_BE_REPLACED

I have run a number of races since I first started blogging.  I’ve tried to blog about all of the races I’ve entered, and have split them below into the END_OF_DOCUMENT_TOKEN_TO_BE_REPLACED

So who am I?… I’m a 30 year old high school teacher of ICT living in Northamptonshire with my new husband Dan.  We met at Staffordshire University back in 2007 END_OF_DOCUMENT_TOKEN_TO_BE_REPLACED