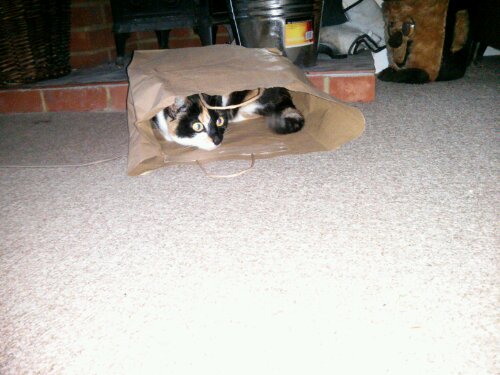 Bella loves bags.  Bags and cable ties are her favourite things.  Oh, and boxes as well. 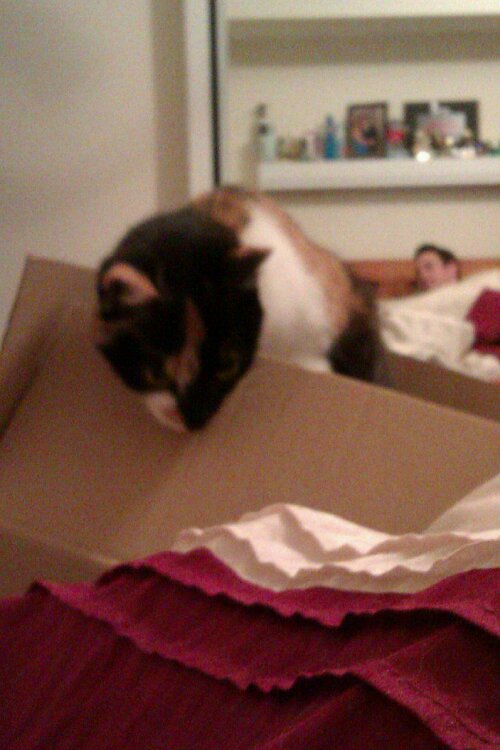 The bag in the top picture is one we brought home a slate board in that we bought whilst away in the Lake District a couple of weeks ago.  She was so excited to get in it and ended up spending the night in it the first night we were back!

On Saturday I went to my friend Jenny’s wedding.  We had bought her some items from her John Lewis gift list but I also put together a photo album using pictures from her hendo and the inner packaging from a Graze box. 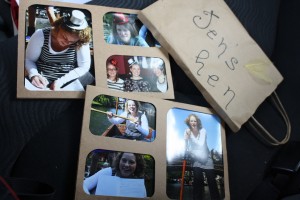 Until I walked downstairs and saw Bella’s bag…

She was outside, and I felt a little guilty for cutting it up…but went ahead anyway.  It was perfect with the handles as a handle for the album and I then decorated the cover with pens and fake feathers.

When I let her back in from the garden she got straight back into the remains of her bag though and just looked at me. 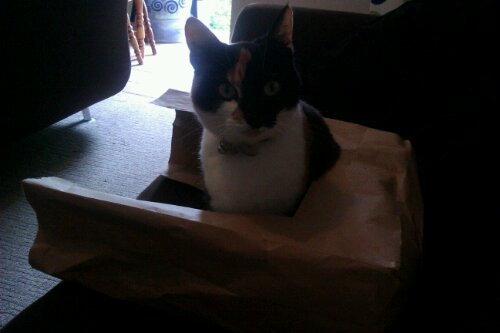 I felt super guilty, and Dan has since found her another bag she can sleep in.  I’m the worst cat-Mum ever!

Dan and I got together back at the start of 2007 whilst we were both at Staffordshire University and our groups of friends got talking on a night out. After END_OF_DOCUMENT_TOKEN_TO_BE_REPLACED

I have run a number of races since I first started blogging.  I’ve tried to blog about all of the races I’ve entered, and have split them below into the END_OF_DOCUMENT_TOKEN_TO_BE_REPLACED

So who am I?… I’m a 30 year old high school teacher of ICT living in Northamptonshire with my new husband Dan.  We met at Staffordshire University back in 2007 END_OF_DOCUMENT_TOKEN_TO_BE_REPLACED