You know those days when everything falls into place on your run and you just feel great?… Well today was one of those days!
I’ve spent the last day and a half waddling around with sudocream covering the sores on the top of my legs, fearing that I’d end up having to take more time off from running.  But tonight I spread some Vaseline over the raw bits and with my legs unable to rub whilst my pair of tights sat smoothly against my skin I was able to run without any discomfort at all.
My friend Hayley popped over before tea and we covered just under five miles running one of my favourite road routes. My legs were strong, my breathing spot on, the pace was just short of a tempo for me. It felt tough, – challenging but achievable and we could still grab conversation in patches on the way round. Just what I needed today!

Thanks for everyone’s comments about my CrossFit dilemma… Don’t panic, I won’t be trying anything at home on my own! I was very wary to begin with about getting injured without an instructor but people’s comments have permanently put me off. For now I’m going to attempt some strength training workout DVDs at home as a starting block and keep my eyes out for a CrossFit trial over the next couple of months.

The past two days Dan and I have been tidying, scrubbing, binning and reorganising ready for the estate agent to pay us a visit and evaluate our house which took place this morning. After 40 minutes (and some running chat after he spotted my running trainers in the porch, -turned out he was a runner too!) he gave us a much higher estimate than we had been hoping for.
We celebrated with high fives when he left cos that’s how we roll. 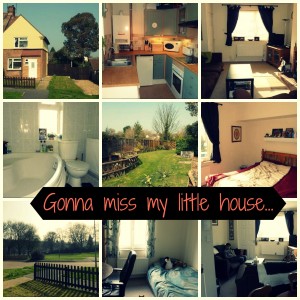 “It is a truth universally acknowledged that when one part of your life starts going okay, another falls spectacularly to pieces.” (Bridget Jones) 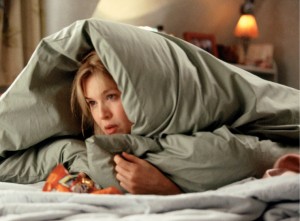 Dan stayed home to hear the valuation so was a little late heading into work this morning. No more than 45 minutes after he had left I got a call to say that he had been in a car accident. Thankfully nobody was seriously hurt. He had stopped for a red light. The woman behind, not concentrating swerved into the road to avoid hitting him and went straight into a lorry coming the other way which then pushed her car through the side of Dan’s. Police were called and drivers checked over but the damage was just to the vehicles and Dan is now driving a courtesy car until further notice. As he was quite shaken up, and without a working car he was sent home from work and spent the rest of the day trying to sort out the courtesy car or on the phone to the insurance company or worried workmates.
I’ve been in several crashes over my eleven years of driving but this was Dan’s first.

Just as you begin to think things are looking up, something comes and (quite literally) crashes you back down into reality…

Dan and I got together back at the start of 2007 whilst we were both at Staffordshire University and our groups of friends got talking on a night out. After END_OF_DOCUMENT_TOKEN_TO_BE_REPLACED

I have run a number of races since I first started blogging.  I’ve tried to blog about all of the races I’ve entered, and have split them below into the END_OF_DOCUMENT_TOKEN_TO_BE_REPLACED

So who am I?… I’m a 30 year old high school teacher of ICT living in Northamptonshire with my new husband Dan.  We met at Staffordshire University back in 2007 END_OF_DOCUMENT_TOKEN_TO_BE_REPLACED