The lesson was directly after lunch and yet it took one year ten boy thirty seven minutes to sit down and begin his lesson. Why? He was as high as a kite!  Later on when I discussed with him what he had had for his lunch I discovered possibly one of the main reasons behind his inability to sit down… What he had been given in his pack up to eat that day.

His lunchbox had contained; a round of peanut butter and jam sandwiches, a multi bag of Doritos, a Yorkie bar, a pack of rolos, a bag of Haribo and a Red Bull. Filled with sugar and processed foods he could literally concentrate for no more than a couple of seconds at a time and managed to break a chair and pull apart a pile of planners before even getting to his desk.  When sat there he could do nothing but babble on and continue to get himself into trouble for distracting the other boy in the class. 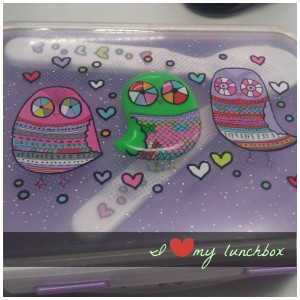 Several months ago now I wrote about my anger over what students bring for lunch into school each day, so I know I’m repeating myself with this rant but it really annoys me!!!

This link popped up on a friend’s Facebook page recently.  Boy, six, who was suspended from school after taking a packet of Mini Cheddars in his lunchbox is now EXPELLED for his sausage roll and scotch egg habit.  Clearly after reading the article as a teacher I have assumed that the school has had issues with the parents supporting the school decisions to move forward and improve the lifestyles of the children at the school.  ‘‘If anything, Riley is underweight and could do with putting on a few pounds.’…This line really bugged me…you want your child to eat Mini Cheddars to gain weight?!  How is that in any way benefiting him and his health?!  I think that it’s excellent that schools have started to provide guidelines for what children should be eating at lunchtime.  So many parents appear to be uneducated and unable to make correct healthy choices for their children. More and more children are becoming classed as ‘obese’ but what worries me even more are those children who do not appear obviously overweight, but instead are damaging their insides by never touching a vegetable and living on fatty crisps and chocolate each day.

I love this link from Love from the Oven sharing loads of different lunchbox ideas. 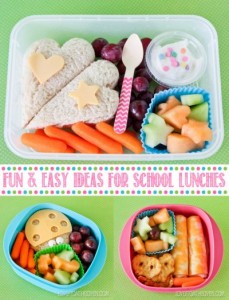 Lunch can still be fun as well as healthy!

I am really interested in child health and welfare and would love a job working more directly with child nutrition and exercise.  I get so frustrated knowing that I am ‘just an ICT teacher’.

When I was at primary school my Mum used to pay for my brother and I to have the school dinners.  Our school was very insistent that you had to try every item on the menu, even if it was only a teaspoon full, and that you couldn’t just say ‘I don’t like it!’  I was an incredibly picky eater when I was younger and I would often miss a lot of my lunchtime over trying samples of foods but I find it much easier to try new foods now than Dan does, who used to go to school with a pack up each day.

Did you go to school with a packed lunch, or did you get school dinners?  What will you choose for your children?

Dan and I got together back at the start of 2007 whilst we were both at Staffordshire University and our groups of friends got talking on a night out. After END_OF_DOCUMENT_TOKEN_TO_BE_REPLACED

I have run a number of races since I first started blogging.  I’ve tried to blog about all of the races I’ve entered, and have split them below into the END_OF_DOCUMENT_TOKEN_TO_BE_REPLACED

So who am I?… I’m a 30 year old high school teacher of ICT living in Northamptonshire with my new husband Dan.  We met at Staffordshire University back in 2007 END_OF_DOCUMENT_TOKEN_TO_BE_REPLACED