I have always been a Daddy’s Girl from the very beginning. 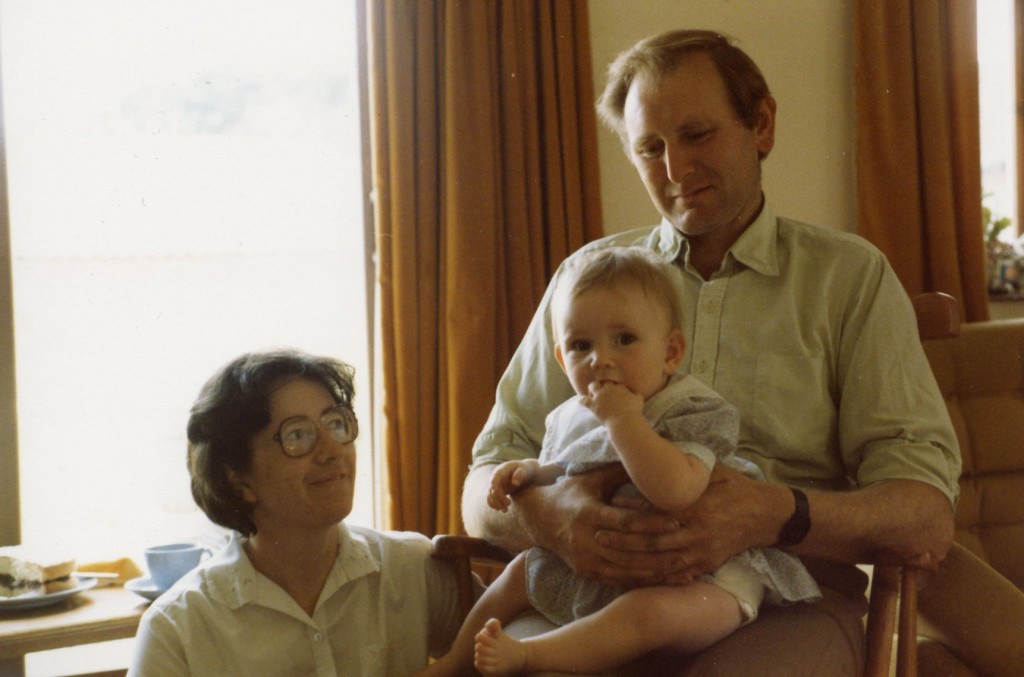 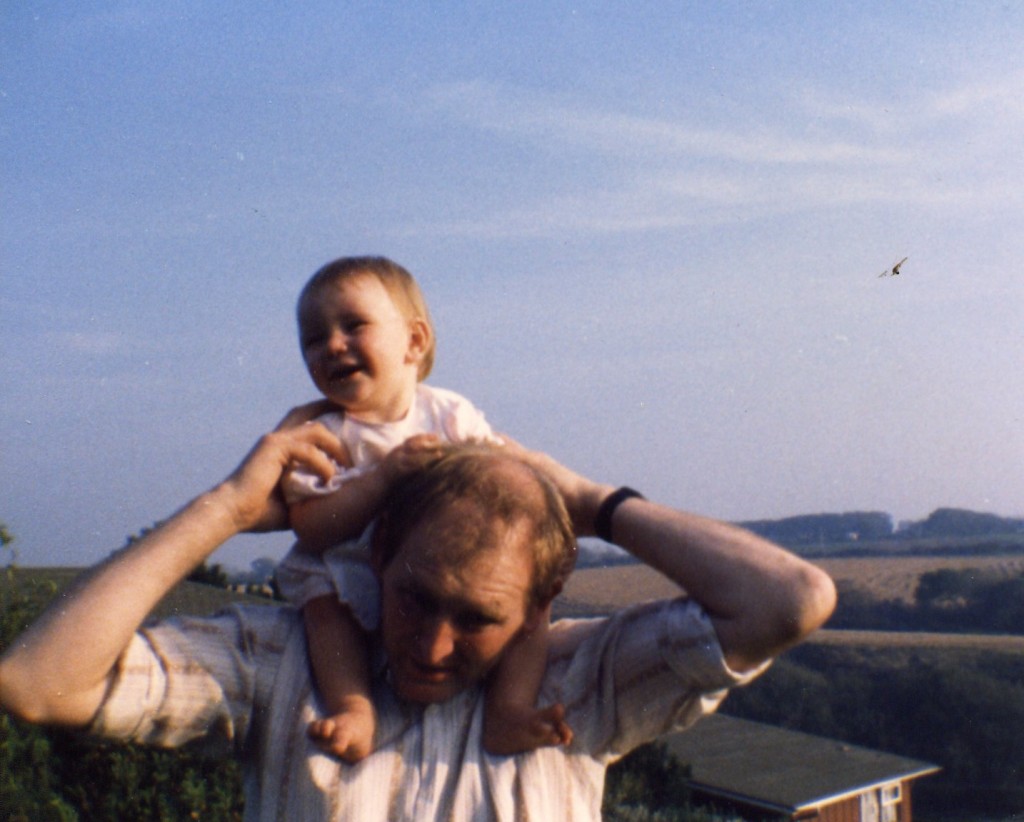 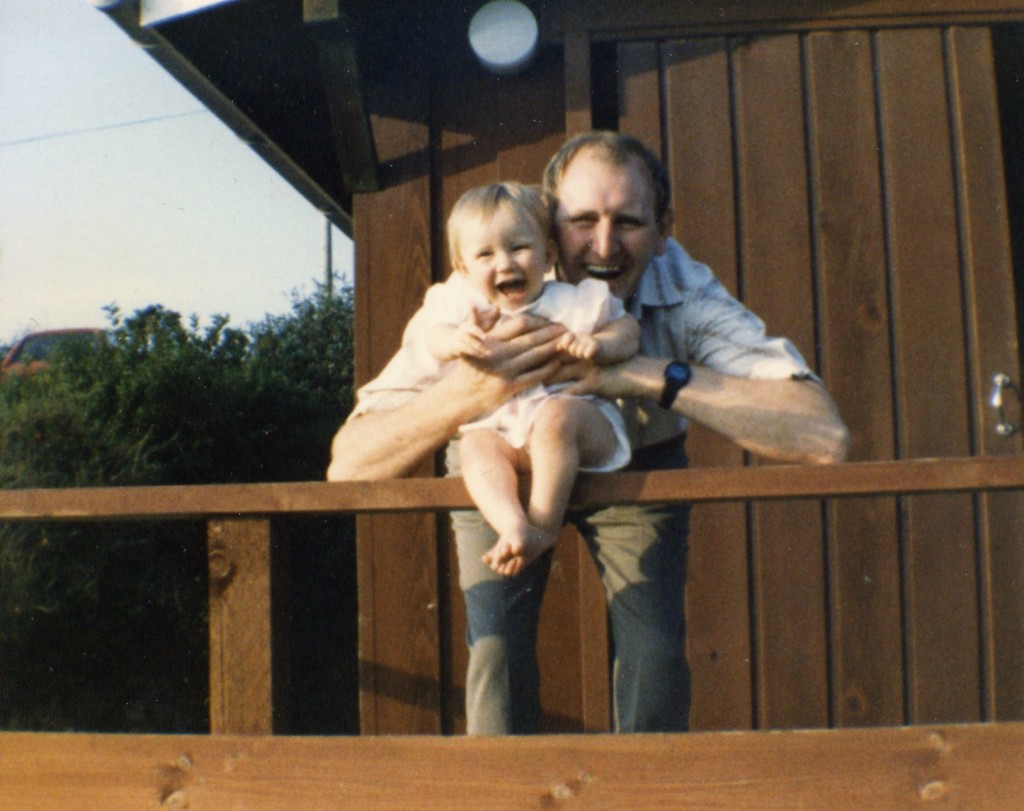 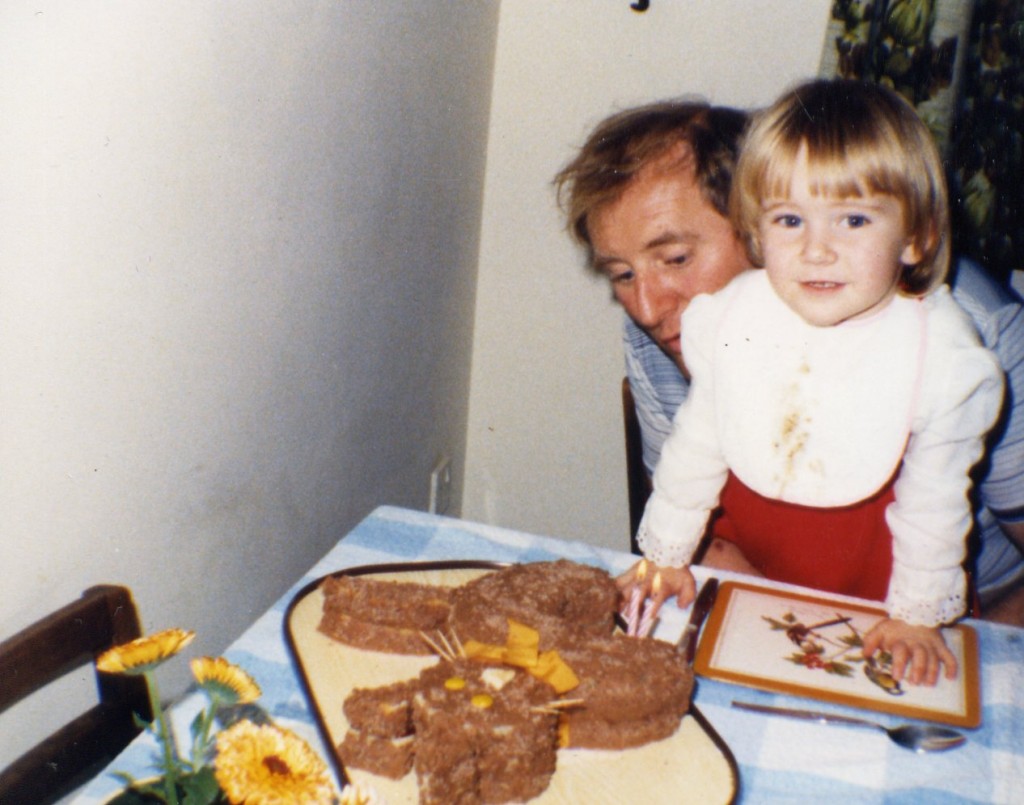 I can remember waiting for him to come home from work in the evenings and rushing to show him my books or toys. 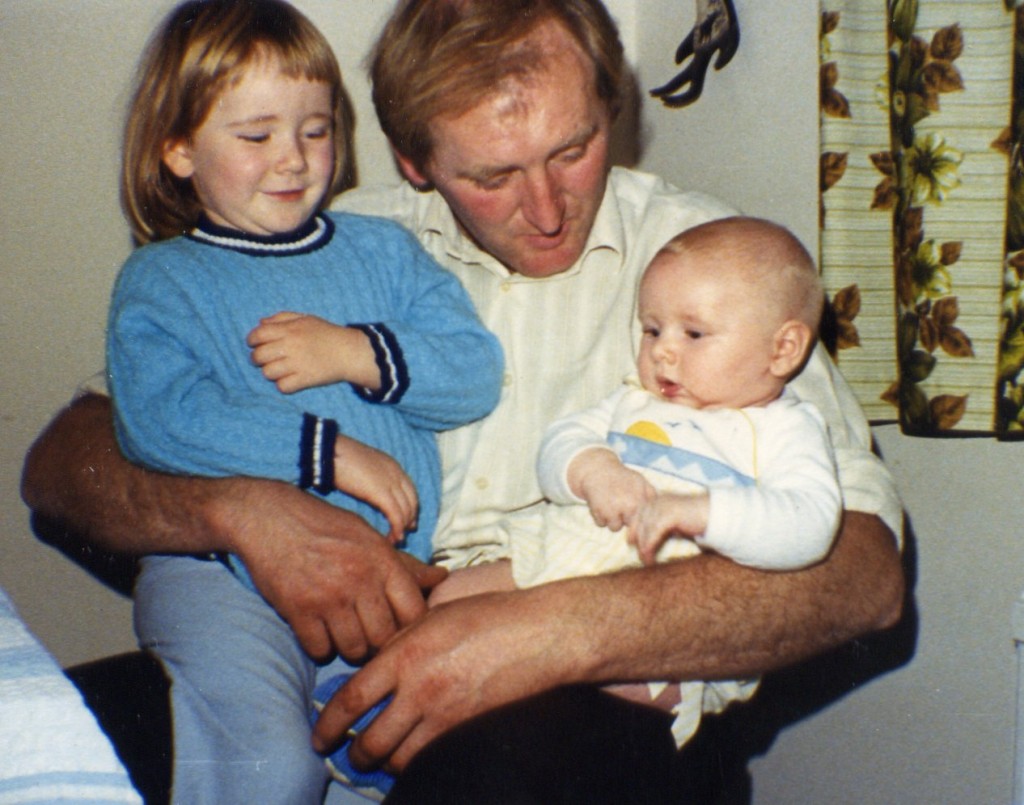 My Dad and I are very similar in that we are both always busy working, or doing something.  We can never sit still (although Dad is starting to do more of this now!) We both love to aladdin slots at EasyMobileCasino.com. When we were younger my favourite times were in the Summer term when Dad used to take a full week off work and as a family we used to travel to Derbyshire and spend a week on a farm together. 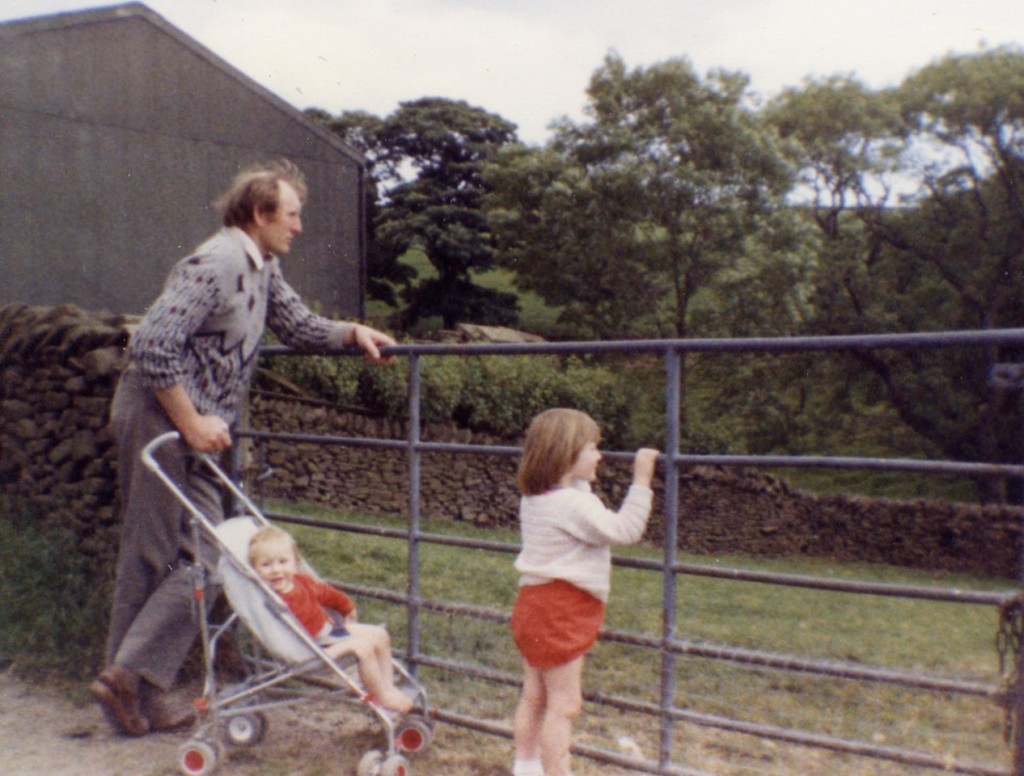 Dad likes to entertain and is forever laughing.  Here he is raiding my fancy dress box when I left Uni… 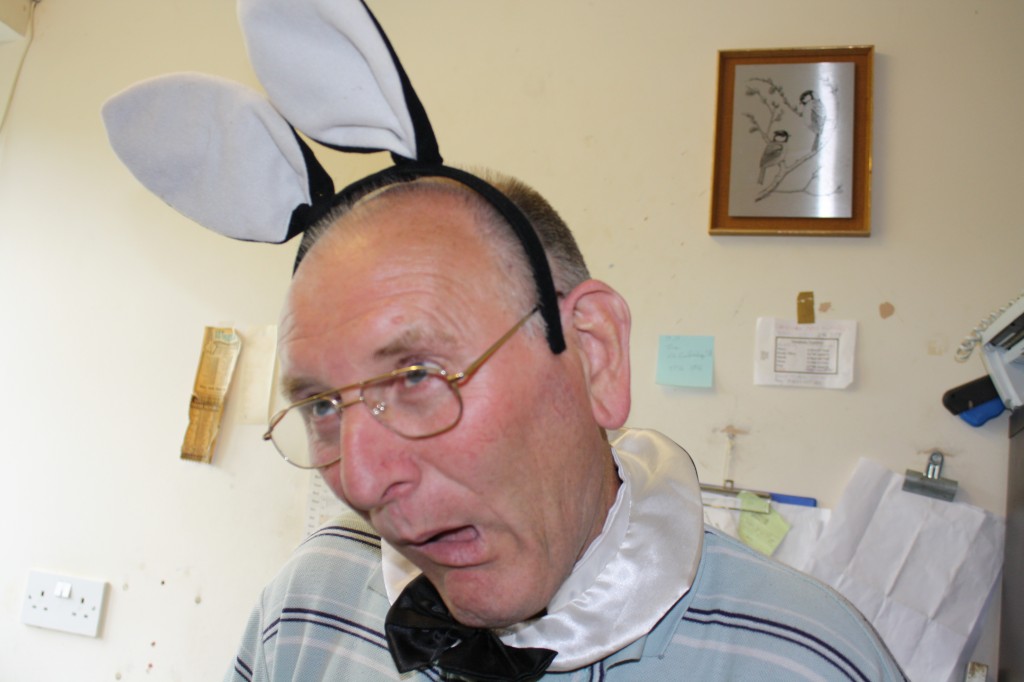 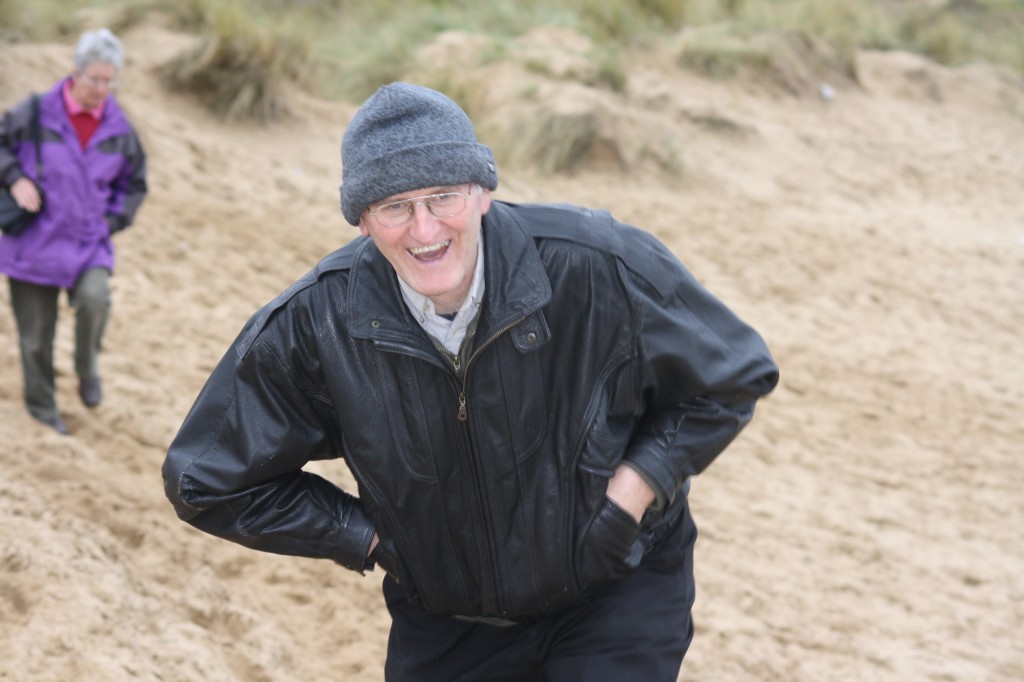 There were so many years where looking back I feel as though I didn’t spend much time with my parents, and have hardly any photos, but ever since finishing Uni as a family we have been closer than ever and I visit at least every other week. 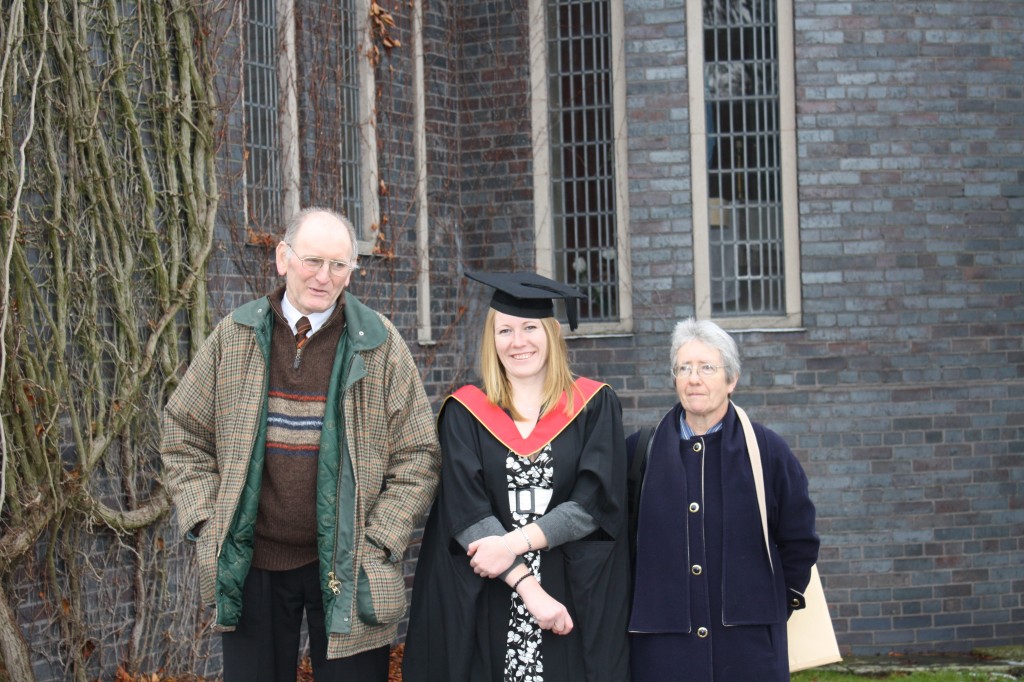 My Dad loves whist drives, You’ve Been Framed, car boot sales, auctions, playing solitaire on the computer, growing Sweet Peas in the garden, Sunday afternoon drives to the coast, renovating houses, helping others, handfuls of biscuits and icecream after every meal.

From my Dad I have inherited his crooked nose, his desire to always be busy, a love of a good bargain, and am partial to a freshly grown salad dish.

It’s Father’s Day today and when I head back to see my Dad on Monday evening I shall be sharing some of my favourite photos with him.

In just under eight weeks time my Dad will be walking me down the aisle on my wedding day and ‘giving me away’ to Dan.  I think that I will have some new favourite photos of us to add to my collection.

What have you inherited from your Dad?

I’m writing this whilst in the pub ‘watching’ the England game with Dan. Mainly trying my hardest to stay awake! 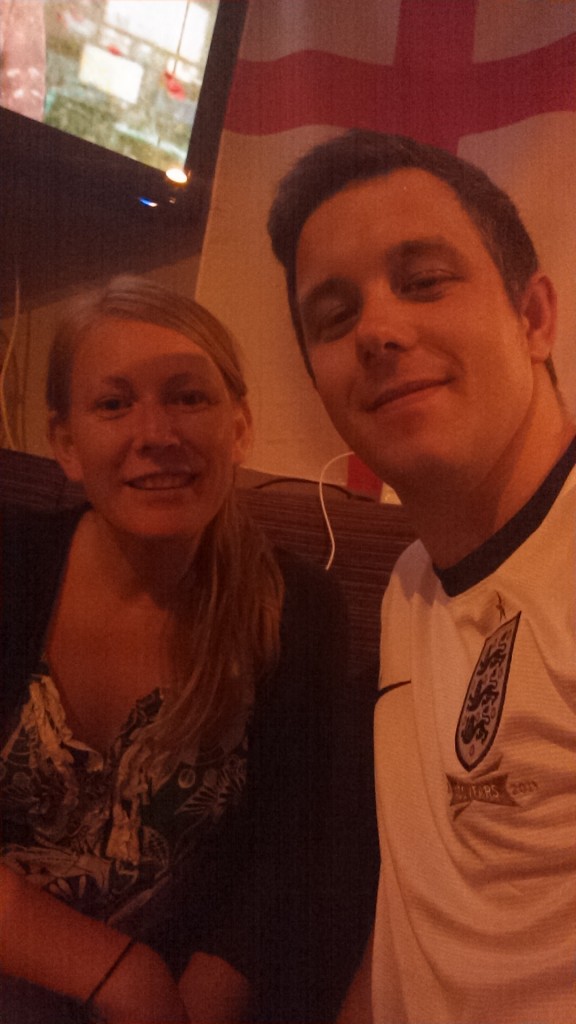 Our local has free WiFi and I took the charger for my tablet so have gotten myself comfy on the deserted sofa underneath the TV screen and plugged my tablet into the extension lead the screen is plugged into!  Every time I lean forward slightly, Dan leaps from his seat in a panic that I’ll pull the screen out of the socket! 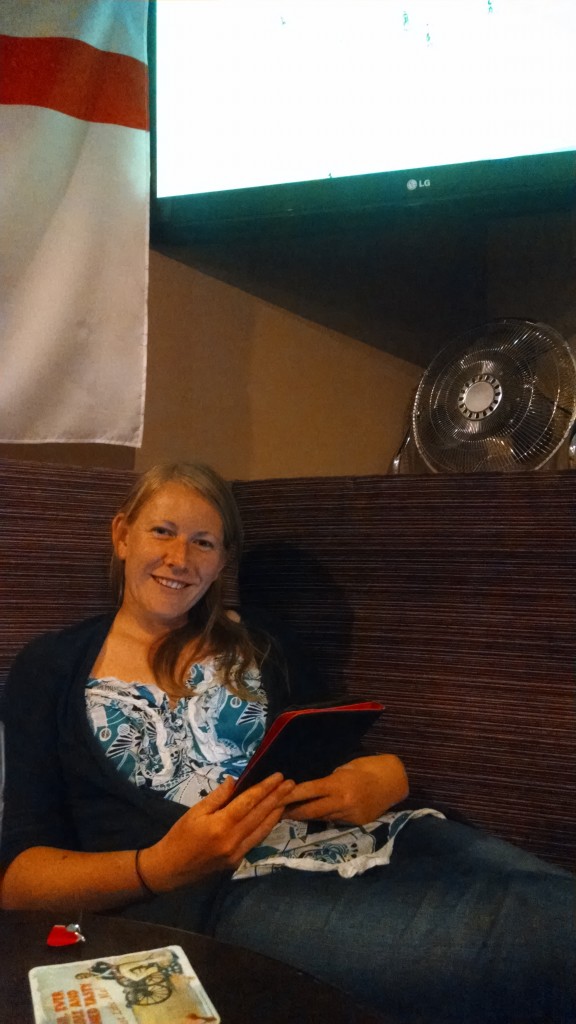 Last night (Friday) we had a great time with our friends Vick and Alex round for dinner. I made a tomato chicken in the slow cooker, which I served with peas, asparagus and boiled new potatoes. Vicki gave me an 8/10 for this dish, as in her opinion it should have come with two breasts of chicken for each person! 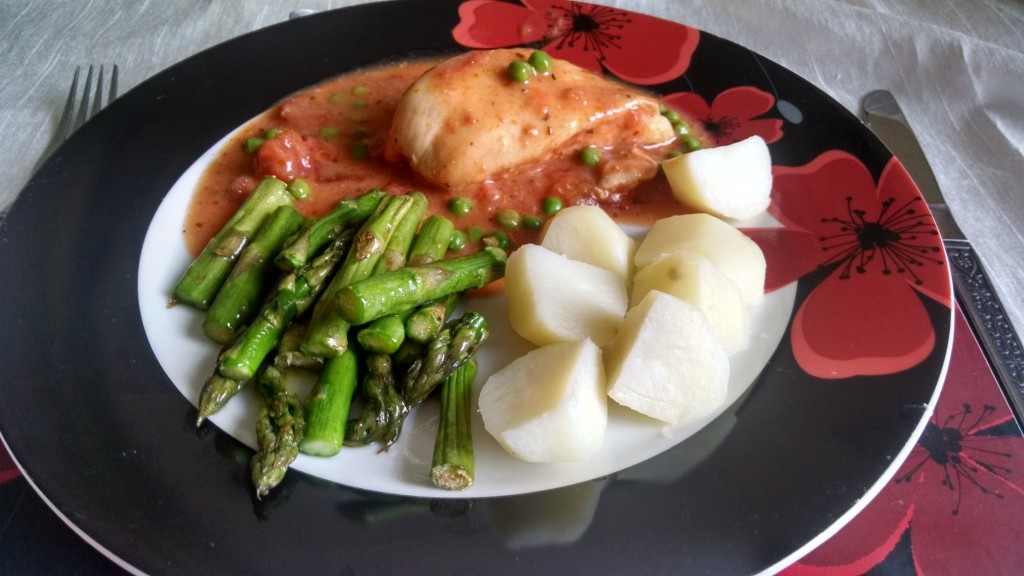 This was followed by a fruit trifle. I forgot to take photos of the finished dish unfortunately so you will just have to imagine there is a grated Freddo and glacé cherry on top!
My trifle received a 9/10. 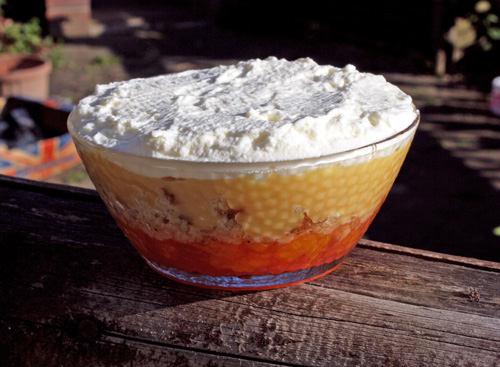 Saturday day was spent at Dan’s football presentation. He was under the impression we would be having a BBQ and beers after they had played a friendly match and trophies had been handed out. However, all that happened after was a couple of the lads switched the TV on to watch the world cup, so I was rewarded for being a loving fiancee and watching Dan play all afternoon whilst on my lonesome by sitting bored out of my mind watching another footy game on the TV! 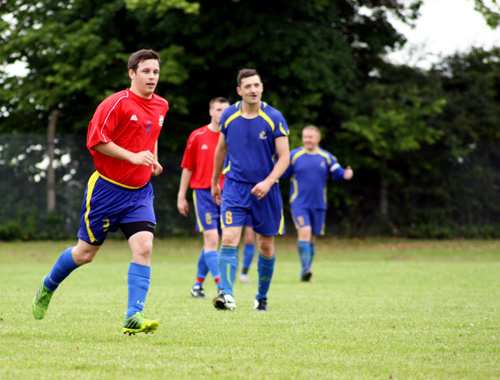 By the time we had arrived home and made our own burgers for dinner it was 8:30 before I began thinking about my run. I decided to check that my iPod was still working and luckily, after a quick test with Dan’s earphones I found that it must have just been the earphones that I had destroyed the other week.  The weather had cooled by this point and for the first time in a long while I teamed my shorts with a long sleeved top for the run.

I had lots and lots of podcasts to catch up on but for some reason when I spotted my London marathon playlist still on my iPod, I stuck that on instead.  Dan’s earphones are a million times better than mine ever were, and I could block out all sounds of drunk teenagers and guys getting ready for the football on a Saturday night as I ran through town.  My speed got quicker and quicker as I ran to the music and there were a couple of times I caught myself grinning like a fool as my pace ducked under the 9mm mark consistently.

Thursday I had run out on the road and really struggled.  At the time, my friend had said to me “You know it’s in your head.  You know if I told you we were running through that field for 6 miles instead you would be beaming and leaping over crops!”  And she’s right.  Check out the stats for the first three miles from each of my runs below…

…I’m pretty sure it should be the other way round with my road miles faster than trail!

Something else I’ve been doing whilst catching up with blogs and writing out this post sat in the pub (Oh I’m so social and fun to be around!…To be fair, I doubt Dan has even noticed as his eyes haven’t moved from the TV!) is constantly refreshing the South Downs Way 100 tracking page.  Two of our runners, Colin and Kev are attempting the 100 mile event this weekend and a little group of us have been updating the rest of the club on their progress through the club Facebook page.  There’s been a few tense moments…more tense than when the pub thought England had scored within the first few minutes and it actually turned out not to be a goal!
To start with, it appeared that the second checkpoint wasn’t getting updated with times, so we had to wait eight hours to see their progress between checkpoints 1 and 3.  Then, for some reason, some of the runners times between checkpoints were uploaded as minus times.  This briefly put Colin in the lead, although ten minutes later, when they added the five hours it took him to get between checkpoints 3 and 4, instead of taking it away he was a little further down the placings.

The winner smashed all course records finishing in a time of  14h 3m 54s.  An 8:26mm average pace.  That is absolutely crazy and can’t be human!  If you want a giggle, check out the name of the guy in second place.  Yes, I am getting close to my thirties.  I have to use the remaining time in my twenties the best way possible!

Did you manage to stay awake through the England game tonight/last night?

Dan and I got together back at the start of 2007 whilst we were both at Staffordshire University and our groups of friends got talking on a night out. After END_OF_DOCUMENT_TOKEN_TO_BE_REPLACED

I have run a number of races since I first started blogging.  I’ve tried to blog about all of the races I’ve entered, and have split them below into the END_OF_DOCUMENT_TOKEN_TO_BE_REPLACED

So who am I?… I’m a 30 year old high school teacher of ICT living in Northamptonshire with my new husband Dan.  We met at Staffordshire University back in 2007 END_OF_DOCUMENT_TOKEN_TO_BE_REPLACED