For the past few weeks I have been trying out some breakfasts of the greats as found in the Send a Cow The Most Important Meal of Their Lives ebook.

It all started with Jane Austen, then it was all about Winston Churchill.  Next up came Cleopatra VII and today I made the breakfast of Christopher Columbus – Hardtack and legumes stew 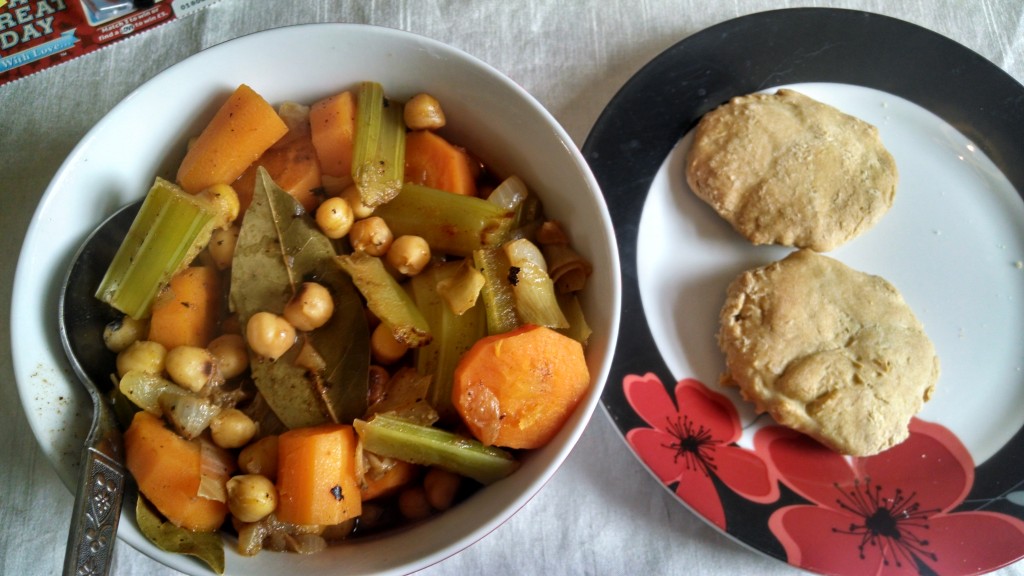 “Christopher Columbus may have discovered all manner of culinary peculiarities and exotic flavours during
his exploration of the New World, but the dishes he and his crew ate on their voyages across the Atlantic were
distinctly more prosaic. In fact, due to the lack of fresh fruit and vegetables on board, bouts of seafaring scurvy
were common among the crew (it would be centuries until the link between scurvy and a lack of vitamin C was made).
Various records suggest that the typical foods on board Columbus’ ship included water, vinegar, wine, olive oil,
molasses, cheese, honey, raisins, rice, garlic, almonds, sea biscuits (hardtack), dry legumes such as chickpeas,
lentils, beans, sardines, anchovies, dry salt cod and pickled or salted meats. Invariably the food was boiled and
served in a large communal wooden bowl. The recipe below is a modern-day interpretation of the type of foods
eaten by Columbus and his men during their voyages.”

I halved the amount of ingredients required for the hardtack as the quantities seemed very high for just me.  And then I was actually rather lazy with the ‘rolling it out’ and just squashed the mixture down in my palm before placing on the baking tray. 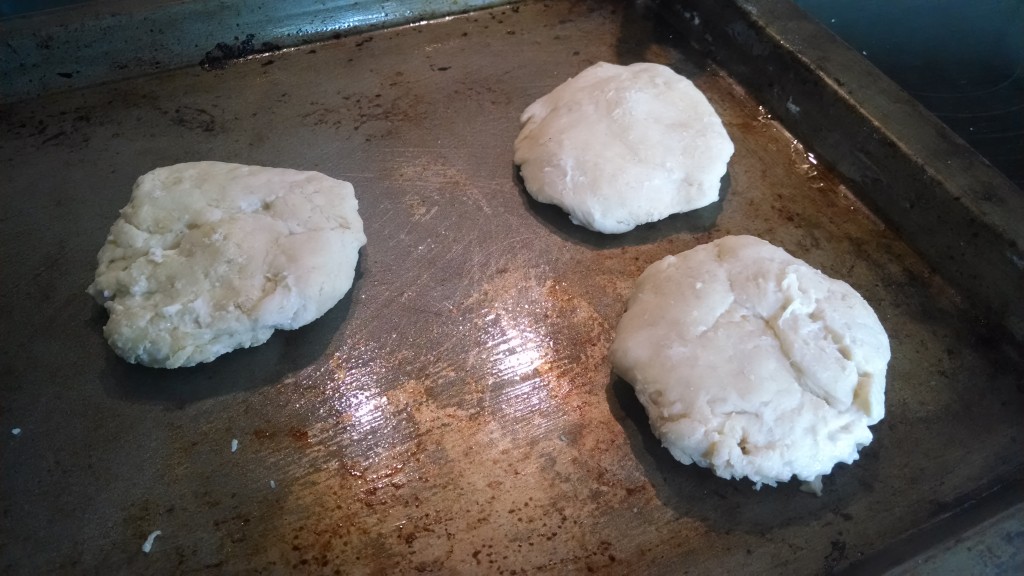 I have to say that the frying pan smelt amazing with all the ingredients in place.  I love the smell of frying onion but never fancy it on a hot dog.  Isn’t that odd?! 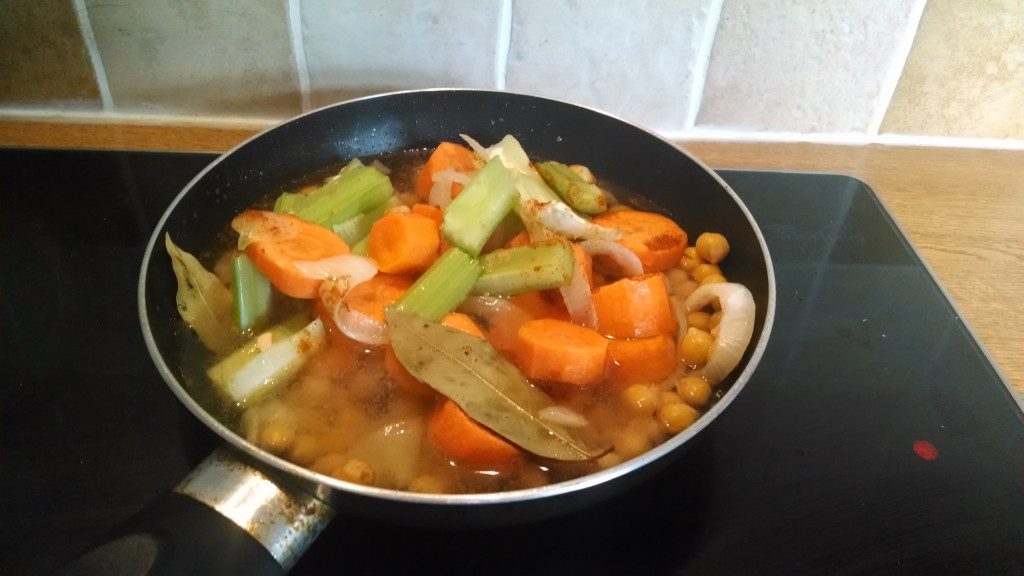 The hardtacks came out of the oven perfect, although to me, they didn’t have a lot of taste when I bit into one for testing. 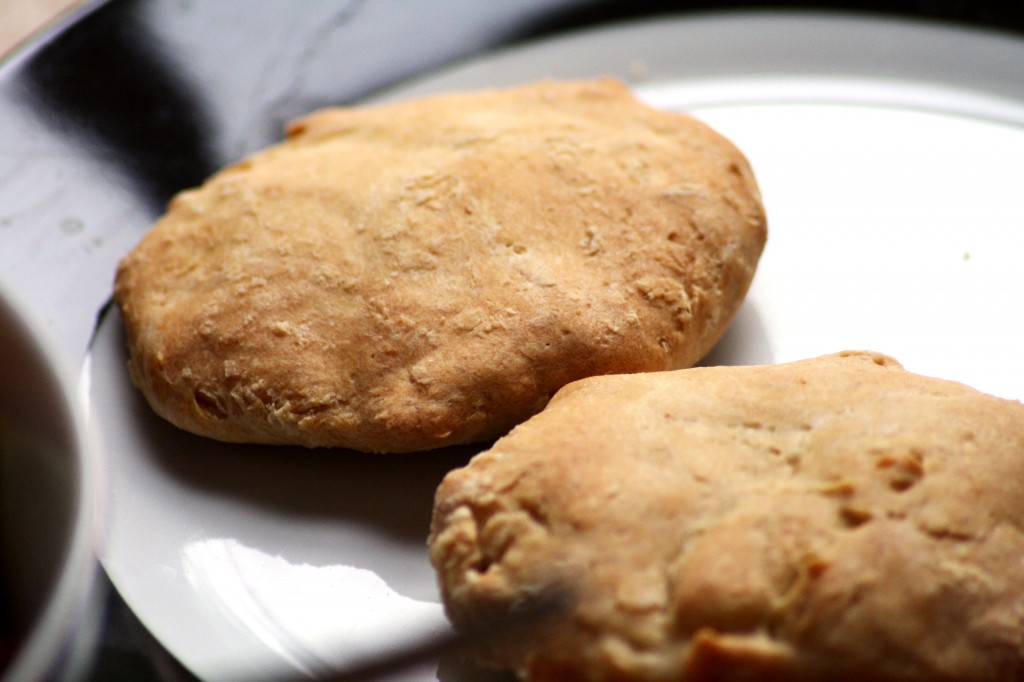 And I was really looking forward to trying the stew.  All of the ingredients were lovely and tender by the time I took it off the stove. 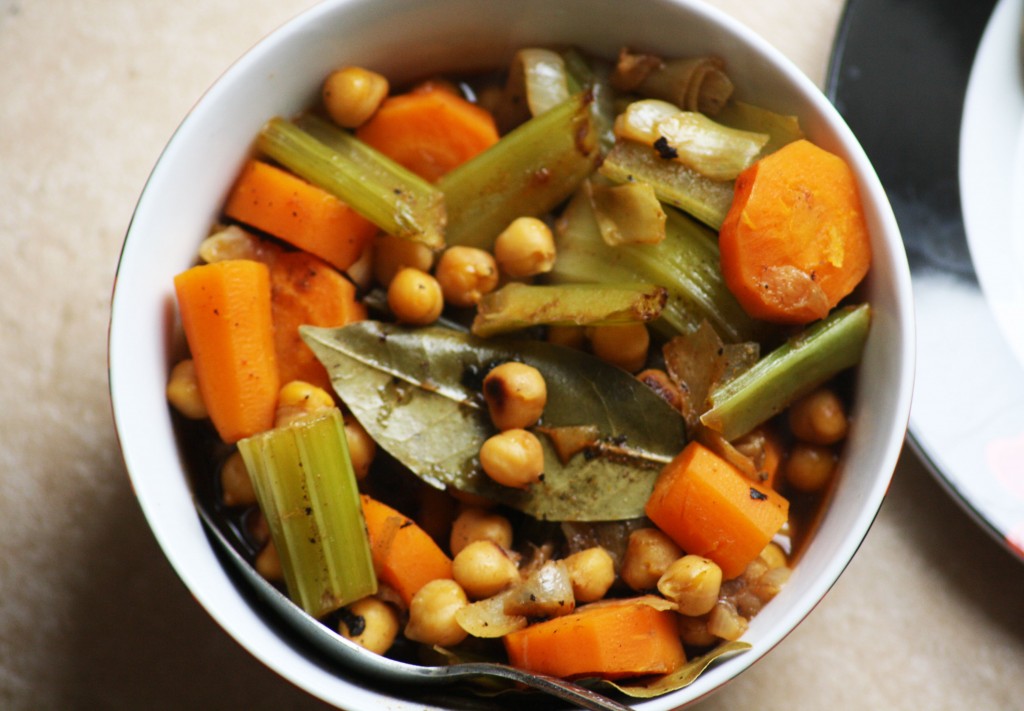 VERDICT:    The hardtacks didn’t have enough flavour for my liking and I ended up dipping them in a little salt before placing them in the bowl of stew to give them a little extra flavour.  I loved the veg in the stew, but I can’t say I was a fan of the chickpeas.  I’ve never really had them whole before, but rather mushed up as part of a burger, or similar.  This meal was definitely filling though, and it was teatime before I was ready for any more food in my belly!

Dan and I got together back at the start of 2007 whilst we were both at Staffordshire University and our groups of friends got talking on a night out. After END_OF_DOCUMENT_TOKEN_TO_BE_REPLACED

I have run a number of races since I first started blogging.  I’ve tried to blog about all of the races I’ve entered, and have split them below into the END_OF_DOCUMENT_TOKEN_TO_BE_REPLACED

So who am I?… I’m a 30 year old high school teacher of ICT living in Northamptonshire with my new husband Dan.  We met at Staffordshire University back in 2007 END_OF_DOCUMENT_TOKEN_TO_BE_REPLACED