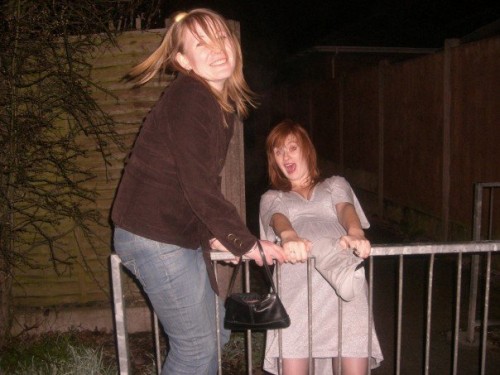 The norm for my group of friends in the first year was to stay out late five nights a week.  I’d always been a morning person, but all of a sudden I wasn’t getting in until 3am and I had  9am lectures the following day?…Not quite sure how I made it to so many!

Although I’d made ‘meals’ for myself occasionally back when I’d been  living with my parents, those meals consisted of cheese sandwiches, a soup heated up from a can or a bowl of cereal.  It was a big shock to the system when I had to prepare all of my own meals.  Staffordshire University offered a meal deal at the uni canteen consisting of 2 meals per day for £75 a week, but I really didn’t fancy eating from the same menu every single day and having to go across to eat in the same place, most likely alone, as none of my friends took advantage of the deal either.

I was lazy and uneducated when it came to preparing my own meals.  Breakfast, if I had it at all was often 2/3 slices of heavily buttered white toast.  I skipped lunch most days but if I didn’t, would often binge on more bread and butter and tea was often a microwave ready meal.  (I had one that had been sat in the freezer for ages the other day and could not believe how disgusting and lacking in flavour it was.  Nothing on a home-made meal for sure!)  My evenings were alcohol fueled.  Mainly vodka and orange (clearly at this point in my uni life I still had money!)  I’ve looked for pictures of me eating from this time, but the only pictures I can find are of me drinking on nights out.  I didn’t exercise at all and I barely even walked anywhere, which is something I’ve always loved to do.  The halls of residence were right next to the uni itself, which had a shop of its own.  I put on a lot of weight during my first year at uni and wouldn’t class myself as very healthy at all. 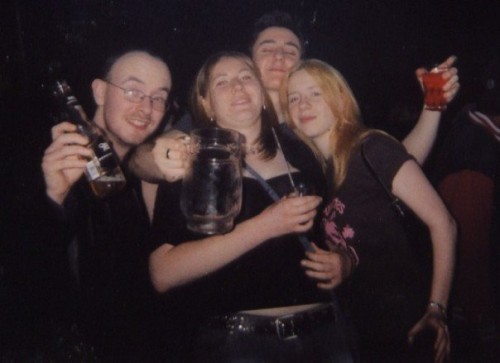 At the start of my second year I moved out of Uni halls and into a houseshare with four guys.  The majority of my friends were guys, who ordered lots of takeaways and barely ‘cooked’.  Having a shared kitchen was always difficult as you were always in the way of someone and there was never enough time to prepare anything in there.  I don’t think I often had breakfast at all during this time.  If I had lunch it was a bite to eat whilst at the union between lectures – toasties or paninis.   If I planned on going out I skipped tea but if it was a night in it would most likely be chips from the chippy, a pizza, or a bowl of peas and carrots with mayonnaise.  Hardly the most healthy dishes in the world!  My weekly food shop, which usually came to about £10-£15, consisted of mainly 100 calorie or less individually wrapped items as weight loss was my top priority at this time, not (like it should be) healthy living.  We often headed out as a house for meals at Wetherspoons at the weekends and whenever we ate out I would always order healthy dishes – salads, wraps, fruit, etc. 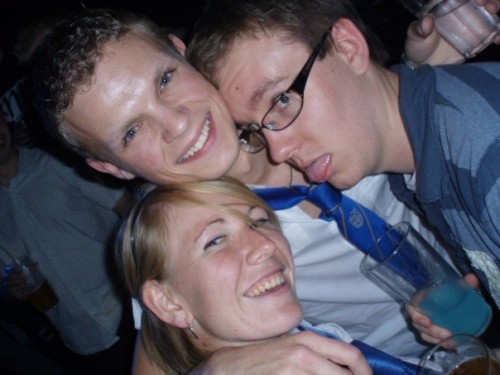 I still drank heavily about 4 nights a week, although by this point I had moved onto pints of cider as my choice tipple and cheesy chips smothered in ketchup and mayonnaise were my after a night out essential. 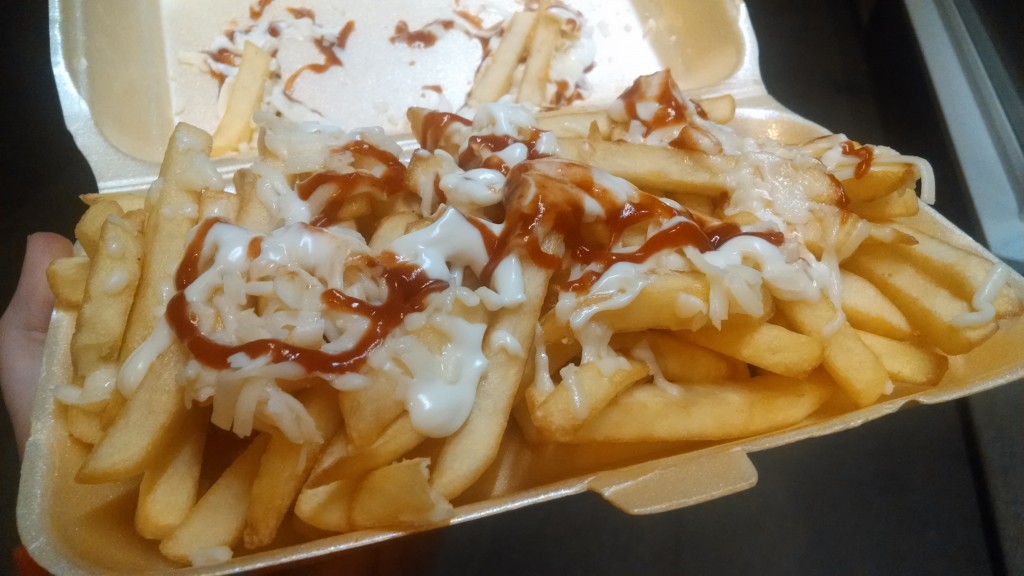 The uni was a 20 minute walk from our house, as were the town and supermarkets, so I walked a minimum of 40 minutes every day and often for an hour and half or more.  I occasionally went to the gym, but hated being stuck inside and much preferred to head out and walk new places.  I am and always have been a get-on-the-dancefloor type of girl though and love spending the night dancing.  I also joined the University riding club and was spending a couple of hours each week out on the equestrian cross-country course practicing my jumping technique and ‘scary’ fences like benches and drops.  It was a lot of fun.  Despite not eating very healthily, I did lose a lot of weight during my second and third years at uni. 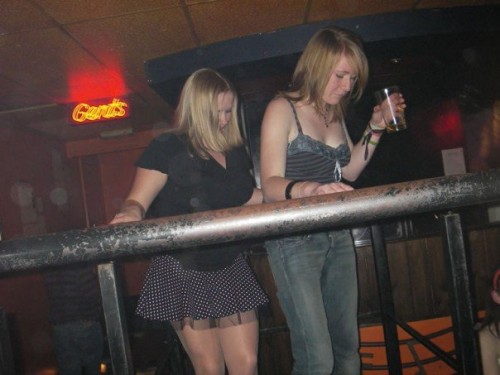 Not technically uni years, but I was still living in my uni town as Dan had another year of his course to go.  By this point I had discovered blueberry porridge packets and had one every day for breakfast.  My lunch was normally a cheese salad roll or similar and tea would be either eaten at Dan’s (throw in the oven wedges and pizza/burger), out (usually a salad) or a shared healthy meal with my housemates.  Finally, I was eating three real meals a day!  I was at my smallest adult weight here, weighing just over 10 stone.  I felt that I was fairly healthy at the time.  By November of year 4 I was working as a manager at Frankie & Benny’s, and this meant blueberry porridge in the morning, followed by a Frankies dish mid afternoon.  I often threw together my own mixed salads whilst at the restaurant, topped with marinara sauce and a slice of the staff pizza for a late night dinner whilst working on the closedown.  The restaurant was a 40 minute walk from my house, so I easily walked at least 90 minutes a day, as well as the majority of my 12+ hour shifts spent on my feet at Frankies six days of the week. 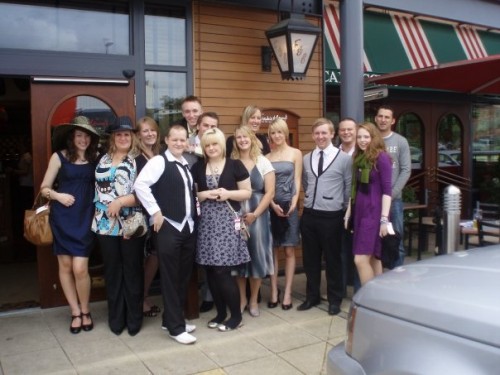 I got into some ab work, completing several hundred crunches several days of the week and continued dancing on my nights off, although I was consuming much less alcohol by this point.  I also went on a little jog (literally only 15 minutes a time!) on each day off and I loved the way it made me feel afterwards.  This was the very beginning of my healthy living lifestyle.

So, there is my little What I ate at uni edition post!  I wish I had learnt about healthy living much sooner on and about how much better it could make my body feel.  To my knowledge there was no real information freely available to us at university, when the majority of students were in a similar situation – moving out of home and fending for themselves for the first time.  I absolutely adored my uni years and the friends I made and shared the good times with, but I am also very happy to have matured and gotten to where I am today.

When you first moved out of home, did you manage to live healthily?
If you went to uni, did you find information about healthy living freely available?

Dan and I got together back at the start of 2007 whilst we were both at Staffordshire University and our groups of friends got talking on a night out. After END_OF_DOCUMENT_TOKEN_TO_BE_REPLACED

I have run a number of races since I first started blogging.  I’ve tried to blog about all of the races I’ve entered, and have split them below into the END_OF_DOCUMENT_TOKEN_TO_BE_REPLACED

So who am I?… I’m a 30 year old high school teacher of ICT living in Northamptonshire with my new husband Dan.  We met at Staffordshire University back in 2007 END_OF_DOCUMENT_TOKEN_TO_BE_REPLACED