I feel a little bit like I’m writing a list of Christmas wants (which I have never done…I always prefer surprises and hate the idea of asking for things from people – although hinting is OK!) but I thought I would get down some of my aims for 2015.

I know now for definite that I do want to go further, although I’ve had an offer of a pacer for the last 50 miles if I wait to run a 100 miler until 2016.  It will also give me a chance to get several longer back-to-back runs in this year to strengthen me and build my endurance up to where it would need to be.

It was suggested to me that I should run the Grim Reaper 70 again this year and look to improve my time.  I would like to do this – it’s so easy to be critical over a result once fully recovered and analysing your watch stats and I know I could shave a good hour or so from my time!  However, nobody seems to know what’s happening with Fat Feet races at the moment.  The dates for the race this year were announced back in September with the promise that entries would open in a fortnight…I’m still waiting for that.  Lots of questions (all of them in fact) have been left unanswered on both the Grim Reaper Facebook page and Twitter account so I’m not certain that it’s going to go ahead.

My main focus for the first half of the year is going to be on the marathon distance.  I would like to run a marathon with a 4:xx at the beginning.  The time keeps escaping me.  I come so close but yet am still so far away and everything points to me being capable of running it.  I haven’t fully decided which marathon yet though.  Milton Keynes or Manchester are the two I have narrowed it down to.  Milton Keynes is much closer, and we live within an hour of the start line.  I have a discount code for the race and it would also have good support from club members.  Manchester appears to have a more interesting course and more crowd support.  I’m leaving it until the end of the month to make up my mind…

I will aim to ensure my long runs are more consistent this Winter, running as many as possible to heart rate.  Several double day long runs will also help strengthen my body to prepare for the distance as well hopefully.

I plan on getting to parkrun much more often than I did in 2014 and using parkruns to concentrate on tempo work, pacing and getting my legs to move quicker ready for when I tackle a couple of races in the lead up to marathon distance.

In Autumn I will run the lovely Mablethorpe marathon for the third year running and hopefully it will be third time lucky at the Dusk ’til Dawn 50, this year held on my birthday.

There are a few races on our club trail series for 2015 that I would like to try out, including the Ashridge Boundary Run, Colworth marathon challenge and Royston half again, although I won’t run these as goal races.  Most of them I’ll probably enter either on the day or the week of the race.

I intend on working hard to stay moving throughout the day (thanks to my lovely Vivofit I’ll be able to track this) and also completing some core exercises several times a week.  I’d like to fit in some more non-running exercise over the year too.

My exercise for the day today as part of Janathon was a lovely 5.5 mile run round Delapre Abbey with friends.  It’s the first time I’d run out with them since Christmas Eve and when we pulled back up at the car park a little over an hour I wasn’t ready to head home.  I had initially planned on joining them for the 20 miles but with the problems I’ve been having with my back lately I decided it would be wise to stick at the shorter distance, along with several of the others.  The plan had been 6 miles off-road around Delapre Abbey and then a long steady run back to Wellingborough along the river.  It’s a lovely route and I haven’t run it in a while so I had been looking forward to it but best to err on the side of caution.

It was incredibly cold this morning.  As I turned from shutting my front door my feet slid down the slop that leads up to our path.  I didn’t dare try and stop myself incase I damaged my back further so just went with it.  My back was a little sore when we set off for the run (I’m putting it down to the icy spell) but after half a mile or so it had loosened up and I really enjoyed the run.  By the end we all had icicles on our faces and in our hair from the dew that had tried to freeze on us though.  Clearly we weren’t running hard enough!  The dew made for some beautiful spider webs in the garden when I went to get the wood in after my run. 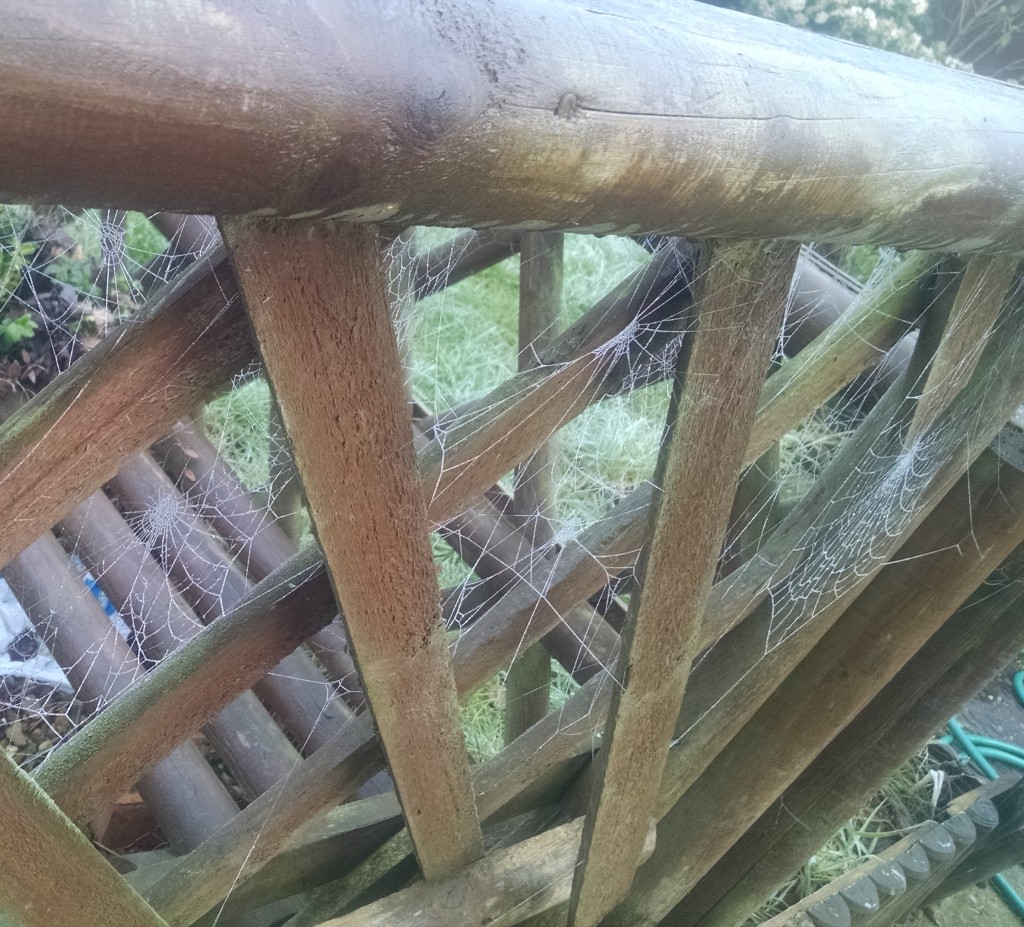 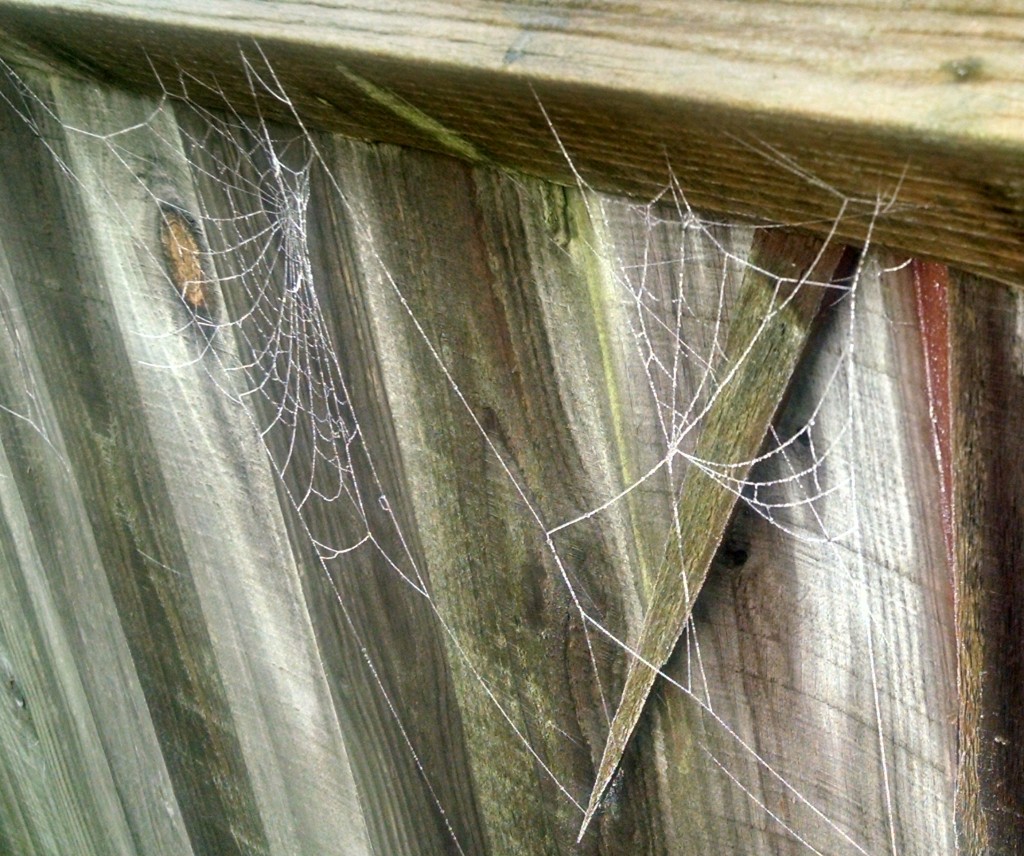 Jantastic starts tomorrow.  I’m aiming for five runs a week.  I’ve kept moving most of the afternoon and my back has not stiffened up in the way that it did earlier in the week (although it’s still a little twingy) so I’m planning on heading out for an easy 3 miler tomorrow after work to keep moving as this is obviously helping.

Did you get outside in the cold today?

Dan and I got together back at the start of 2007 whilst we were both at Staffordshire University and our groups of friends got talking on a night out. After END_OF_DOCUMENT_TOKEN_TO_BE_REPLACED

I have run a number of races since I first started blogging.  I’ve tried to blog about all of the races I’ve entered, and have split them below into the END_OF_DOCUMENT_TOKEN_TO_BE_REPLACED

So who am I?… I’m a 30 year old high school teacher of ICT living in Northamptonshire with my new husband Dan.  We met at Staffordshire University back in 2007 END_OF_DOCUMENT_TOKEN_TO_BE_REPLACED