Sunday morning was a laid-back, easy morning.  It was nice waking up at a regular time and the weather being cool enough to allow me to get my run in over lunchtime.  10k was my ‘long’ run on Sunday to top off a nice easy 20 mile week following the ultra the weekend before.

I ran the first three miles easy, in heart rate Zone 2.  Stepped it up to heart rate Zone 3 for the next three and then had a little sprint finish at sub 8mm pace for the nubbin at the end before jogging a cool down and returning home feeling good!

After grabbing a quick shower and some lunch, Dan and I headed to our friend Vicki’s house where we met her and her husband Alex to go play some tennis.  I spotted a little while back that over the Summer there are several free tennis sessions going on across the region.  Vicki and Alex did join us for a little while at Peterborough parkruns in the build up to their wedding in April, but tennis is much more their thing, so we collected rackets and made our way over to the courts. 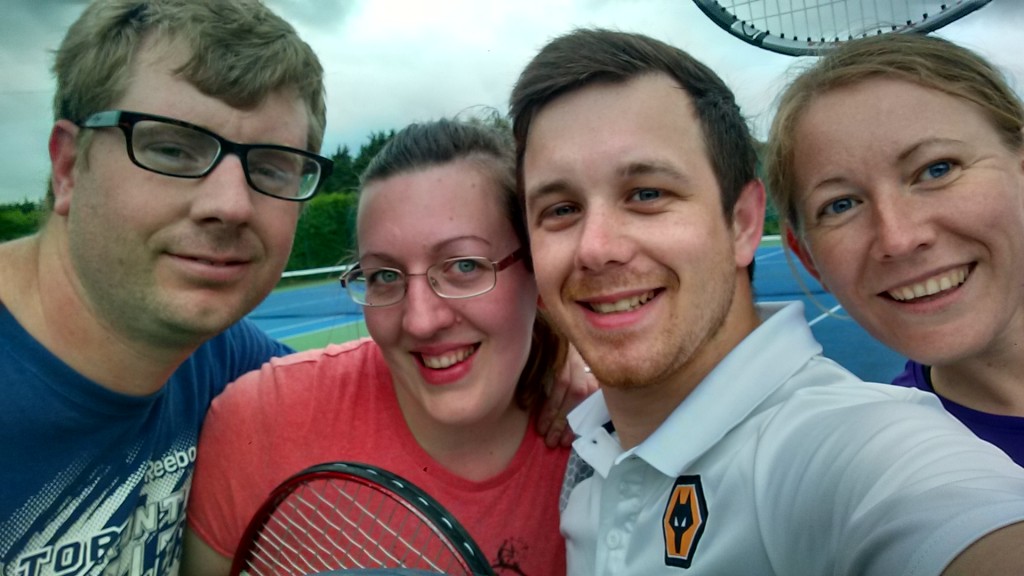 We thought it best that the tennis stopped after each couple had won a set, rather than let it get too competitive and we all decided that more tennis needed to be played this Summer. 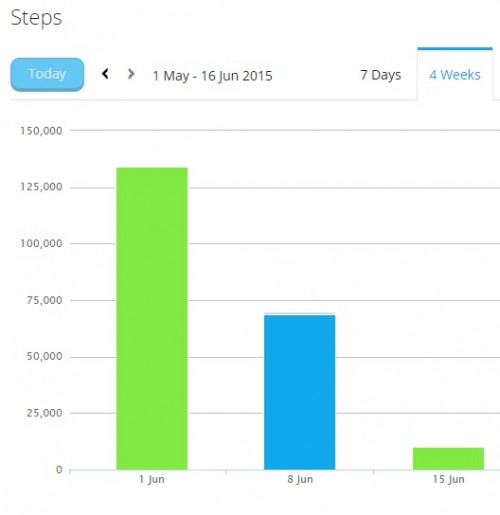 I missed out on my target ever so slightly last week by 1,000 steps across the week which was rather annoying!  But, I did cut back on my running last week following the ultra and then obviously just didn’t pick up as much walking as I should have done to balance it out again.  I smashed my target the week before.

A short post today, just checking in, but I shall be posting a couple of longer ones this week with my training plan for the Grim Reaper 70 and how I might need to change my nutrition strategies following a trip to the dentist yesterday… :S

Have you ever played much tennis?
What active days out do you plan with friends?

Dan and I got together back at the start of 2007 whilst we were both at Staffordshire University and our groups of friends got talking on a night out. After END_OF_DOCUMENT_TOKEN_TO_BE_REPLACED

I have run a number of races since I first started blogging.  I’ve tried to blog about all of the races I’ve entered, and have split them below into the END_OF_DOCUMENT_TOKEN_TO_BE_REPLACED

So who am I?… I’m a 30 year old high school teacher of ICT living in Northamptonshire with my new husband Dan.  We met at Staffordshire University back in 2007 END_OF_DOCUMENT_TOKEN_TO_BE_REPLACED