…Or Hello Fresh, as it is actually called! 😛

If I’m honest, I have been stuck in a dinner-rut for a while now and have had the same 7-8 dinners on rotation for the past few years.  It doesn’t help that Dan is the world’s pickiest eater and the only vegetables that he will willingly eat are carrots and peas.

Now that I’m back at school and out for at least 12 hours each day I don’t really want to come home and worry about what to cook each evening.  I often use the slow cooker for meals when I am thinking ahead, but this can become a bit same-y after a while.

Basically, I either wanted to employ a fantastic chef to supply me with delicious food whenever my tummy rumbled, or I wanted an easy way of making some top-quality new and filling meals.

I read a review by Anna several months ago now about how she had been talked into signing up for Hello Fresh boxes by a door-to-door salesman, but was actually enjoying them so much that she had continued her order past the initial trial.  Everything about the Hello Fresh service sounded appealing to me and so I decided to sign up for the Classic Hello Fresh box for three meals a week to see how I got on.

Each week you can decide which of the five meals available that week appeal to you the most and select them ready for the following week.  On the Hello Fresh website you can scroll through dishes from previous weeks and I noted that there was such a wide selection of meals that have been used.  I thought that perhaps the meals would have been on rotation every month or so, but that doesn’t seem to be the case.

Because I don’t return from work until 6pm I chose a ‘safe place’ for the delivery driver to delivery my box at home each week.  My selected safe place was next to my recycling bin along the side of my house.  If I was to continue ordering boxes through the winter though, I would set up a more sturdy safe place for the boxes so that the produce inside would not be damaged from the elements.  I literally could not believe the size of the box when we returned home from work on the first Monday. 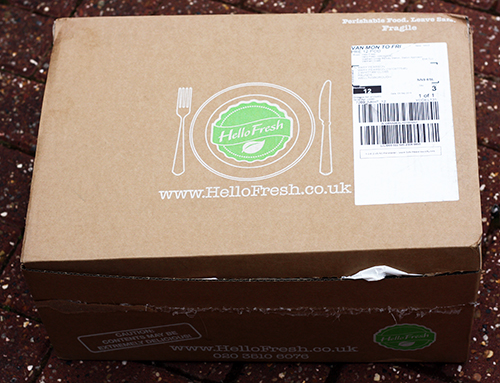 I’m not sure how I was expecting enough ingredients for three meals to fit into a smaller box but the box was about as large as one of the (many) large craft storage containers I own and rather heavy to pick up to bring inside.  I was so excited to get it unpacked and look through the ingredients which had been delivered though! 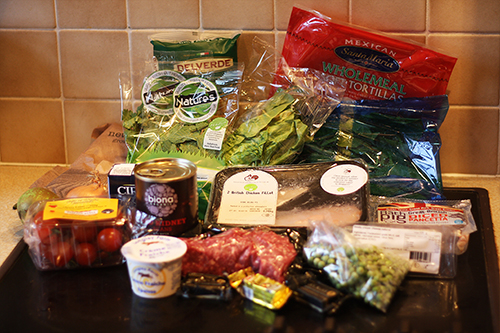 All the chilled ingredients were carefully wrapped in tiny little ice packs and wool lining.  They arrived perfectly fresh and ready to eat/be stored until required.  All ingredients that are required for the meals have been included in the box each week, apart from salt, pepper and the odd dash of olive oil.  Even items like stock, spices and cloves of garlic are included, just in teeny tiny containers for the exact amount you require. 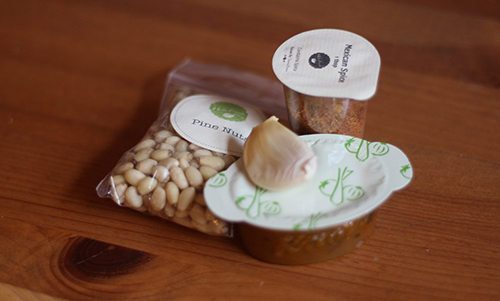 You also get a thick sheet of about A5 size containing instructions for each meal.  The sheet has a slightly shiny surface (to allow for any wild pan sloppage) and contains step-by-step instructions on how to create the dish, along with photographs of the process and a snapshot of the finished meal. 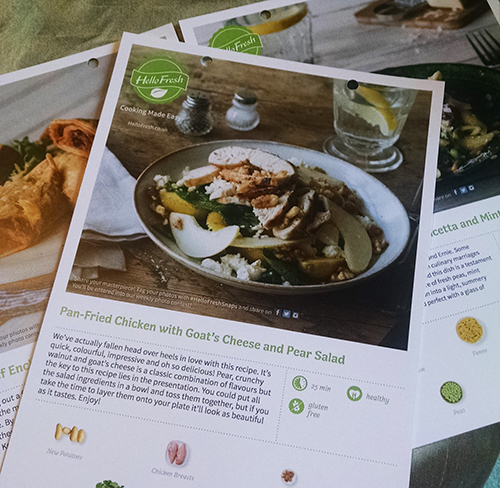 My first week of meals contained the following: 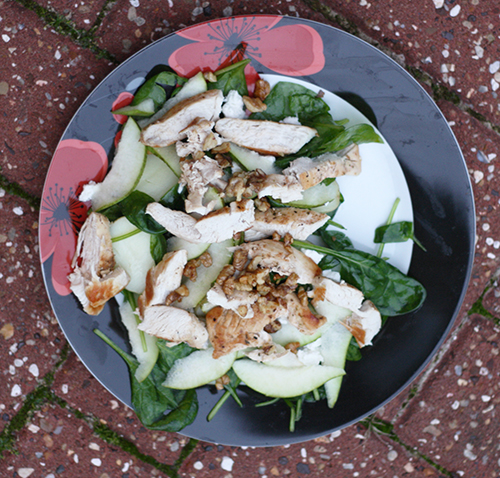 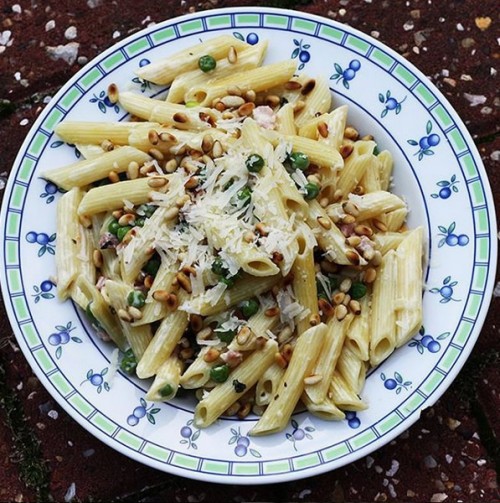 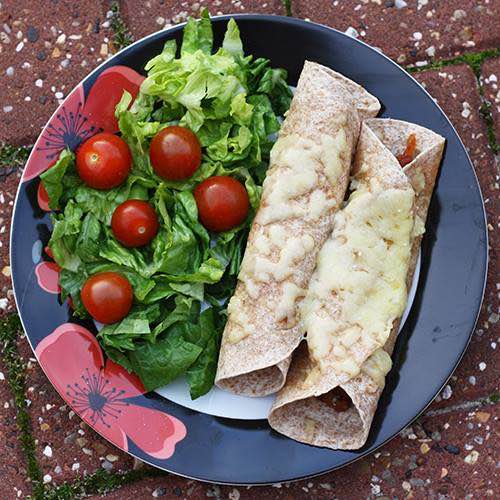 What did I learn from week one? 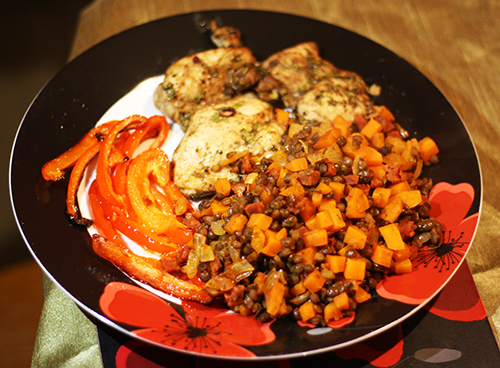 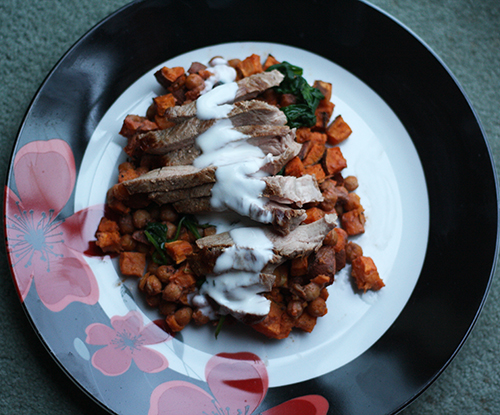 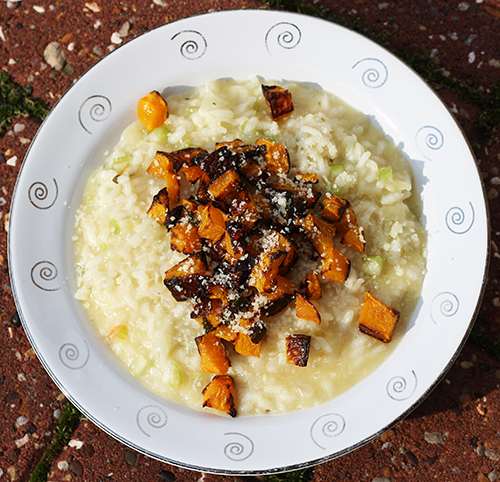 If you are careful about your shopping and would class yourself as a ‘frugal’ shopper, Hello Fresh may seem a little pricey.  Boxes are £39 per week for three meals for two people (you get greater value if you choose to have more dishes per week (you can choose 3 or 5) and the more people you order for (2 or 4).  I received a £20 discount when I signed up for the service using Anna’s sign up code which made starting out a little less of a hit on my purse.

I think that the cost of the meals works out better than going out to a restaurant for dinner several times a week though and I also feel much happier knowing that I have eaten a healthy, well-rounded meal in the comfort of my own home.  I love that I have learnt new skills in the kitchen as well as discovered ingredients I’d never come across before, or dared to try, creating new combinations to construct my meals.  Knowing a little more about foods such as lentils and pinenuts and how to prepare them I will be much more likely to purchase them and experiment with adding them to dishes in the future.

I intend on continuing to use Hello Fresh for inspiration although slightly less regularly as it is more expensive than my weekly shop would be otherwise.

Have you tried Hello Fresh?
How do you get inspiration when you want to try new dishes?

Dan and I got together back at the start of 2007 whilst we were both at Staffordshire University and our groups of friends got talking on a night out. After END_OF_DOCUMENT_TOKEN_TO_BE_REPLACED

I have run a number of races since I first started blogging.  I’ve tried to blog about all of the races I’ve entered, and have split them below into the END_OF_DOCUMENT_TOKEN_TO_BE_REPLACED

So who am I?… I’m a 30 year old high school teacher of ICT living in Northamptonshire with my new husband Dan.  We met at Staffordshire University back in 2007 END_OF_DOCUMENT_TOKEN_TO_BE_REPLACED