I can’t believe it is Friday already.  This week has sped by so quickly!  Dan disappeared off to Manchester on a training course last Sunday morning after I had left for the marathon.  He doesn’t get back until this evening so I have been home alone all week.  I thought travelling to work on my own each day would mean I could leave a little later in the morning and get away from work a little earlier each evening, but in reality if I leave it much later to head to work in the morning I get caught in bad traffic and if I leave much earlier in the evening I end up bringing a lot of work home with me.  There goes all my plans for a productive week of relaxing post-marathon pampering!

I have managed to get a few tasty Hello Fresh meals in this week though.  I absolutely fell in love with the ‘Oven baked chicken with an orange and sesame quinoa salad’. 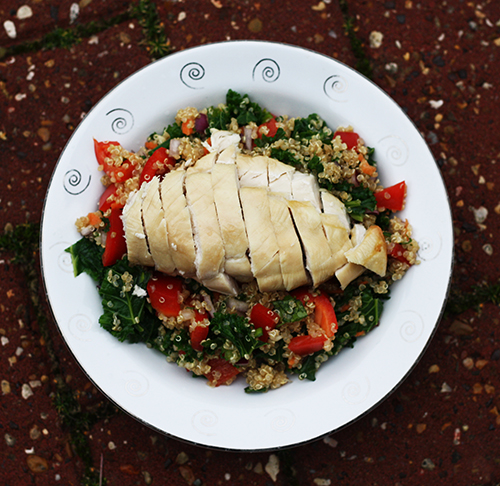 It is something Dan would never touch, had he been home.  The salad is made up of kale, pepper, red onion, carrot and garlic, then doused in a sauce consisting of orange juice, soy sauce, tahini paste and rice vinegar.  Way too many vegetables for Dan!  It was absolutely delicious though, and the very generous portion sizes measured out from the Hello Fresh recipe meant that I could not only have the meal for dinner one evening and lunch the following day, but I also had enough for lunch on day three as well!  Following my announcement that lentils were a new-to-me-food from Hello Fresh a couple of weeks ago, both kale and quinoa were also new-to-me-foods in this meal.  I know, – how can I class myself as a blogger at all?!

I struggle to eat immediately after long runs – often favouring some chocolate milk to get something back in my body easily.  There’s something about being really hot and sweaty and your stomach having jiggled around for several hours.  I think I just need my stomach to settle down for a fair while before it will cope with attempting to digest any solid foods again.  After the race on Sunday I munched slowly through the post-marathon Mars bar from the goody bag, and then the six of us that had headed over earlier in the morning went to Dave’s for what has now become our regular post-Mablethorpe Marathon dinner.  I knew I wanted my body to recover quickly and tried to choose something well rounded which included meat.  (Quite unlike me when I eat out!) 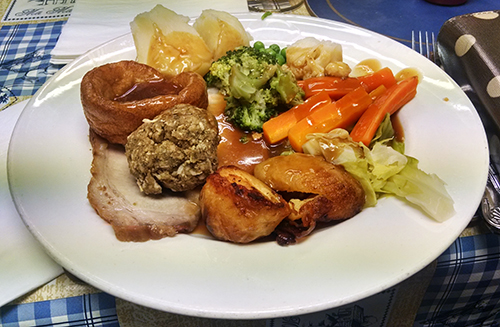 There was no way I could finish it though.  I ended up leaving the majority of the meat, and some of the potatoes.  Managed all my veg and the stuffing though, and got through my chocolate ice cream milkshake very quickly whilst I was waiting for the food to arrive! 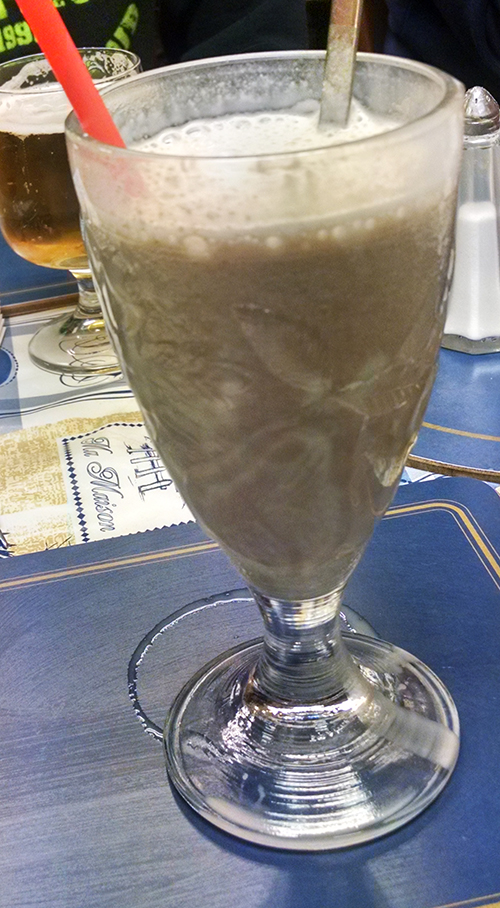 I felt so emotionally numb after the race.  What to do now?  I was so sure that I was going to achieve my target had my ankle recovered that I hadn’t even made a backup plan in case I didn’t.  I didn’t post anything on social media when I got home and actually turned the internet off on my phone for a little so that I could have time to think about what had happened.  When I turned it back on again though, I had received so many messages from friends and fellow club runners asking how I got on that I posted a general statement on Facebook saying that I hadn’t had the race I was hoping for but that I had ticked another one off.  At the end of the day I still got a course PB at least!  I felt like I had let a lot of people down, which is silly really, as I run for me, no one else.  I just felt like people had put a lot of time and effort into helping me, running with me, wishing me luck, and I hadn’t met their expectations of what I was capable of achieving.

On Monday my thighs were pretty sore, especially when heading down the stairs.  I mentioned in my race recap, but for the first time ever my thighs really began to ache during a race.  I took it as a good sign though.  I heard you’re supposed to ache during marathons and I never have before, so perhaps I have run previous marathons too slowly or burnt out too quickly, when I often seem to get a sharp pain in my chest that I cannot run through.

I was hoping to go for a little run on Tuesday evening, but due to my sore thighs I was sensible and left it another day, using Monday and Tuesday evenings to head out on an easy walk in the evening and phone Dan for a catchup instead.  On Wednesday evening I headed off on a 7 mile trail run with a friend for my first post-marathon run. 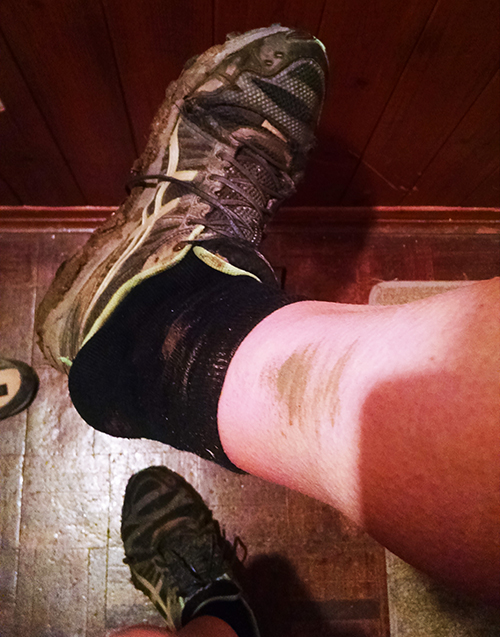 It appears that the mud has returned!  We ran at a chatty pace and my legs were fine covering the distance through the mud and rough terrain.  It felt good to get my trainers back on and head out again.  I’d felt rather cooped up since Sunday, despite getting out for a few walks.  It has also made me super excited about the upcoming cross-country season as well!

So what else do I have coming up?

Following the races listed above I aim to take a complete break from racing for a little while.  I might run the odd parkrun or cross-country race but those are never more than 4-5 miles.  My body welcomed the break in August following the Grim Reaper, and I don’t want to push it too hard that it breaks!  I would miss running too much!

I have a day off work today, as it was our Open Evening last night and all teachers and staff have been rewarded with a day to recover.  (I was in school from 7am-9pm, with a 45min commute each way and then still brought work home!)  The hardest part is putting a face on all day long – first teaching students solidly all morning, followed by looking after six of my year 7 form who helped in the Computing department in the evening, whilst having conversations with parents of potential future students of the school.  It’s very draining being friendly and professional all day!  I fully intended on having a lay in this morning (lasted until 6:15am!) I will potter about the house a little though, hopefully catch up on lots of blogs, make time for an easy run and then may head into town to see if I can find some new Winter dresses for work.  Nice to have a three day weekend!

Dan and I got together back at the start of 2007 whilst we were both at Staffordshire University and our groups of friends got talking on a night out. After END_OF_DOCUMENT_TOKEN_TO_BE_REPLACED

I have run a number of races since I first started blogging.  I’ve tried to blog about all of the races I’ve entered, and have split them below into the END_OF_DOCUMENT_TOKEN_TO_BE_REPLACED

So who am I?… I’m a 30 year old high school teacher of ICT living in Northamptonshire with my new husband Dan.  We met at Staffordshire University back in 2007 END_OF_DOCUMENT_TOKEN_TO_BE_REPLACED