Happy New Year all!  I hope everyone enjoyed seeing the new year in.  We had a quiet one, with Baileys hot chocolates and the building of my first gingerbread house! 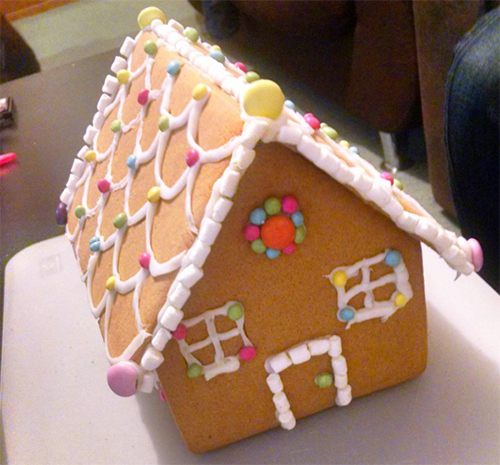 As many others have already done this week, I am using this post to check in and list my goals for 2016.

In fact, before I get onto 2016, I have to let you know my goal for 2017.  You see, people have been asking me what races I have planned for 2016 for a while now and I haven’t really been able to answer.  I just haven’t booked any in.

Actually, as I was reading back through posts on New Year’s Eve whilst putting together my lookback of 2015 I had a little smile to myself.  At the beginning of 2014 I was very adamant that anyone wanting to travel more than 50 miles by foot was completely crazy.  It sounded like such a long way, why would anyone do that?!
Then I started to run longer more and more often and before I knew what was happening, I had run 44 miles at the Conti Lightning Run and found myself entering the 70 mile Grim Reaper for that Summer.

70 miles sounded like an incredibly long way, and it definitely felt it that year.  When I crossed that finish line I was very much done!  Time to get married a few days later (brave move!), and take several weeks off from running over the Summer as I soaked up my wedding, honeymoon and fitting into my new role as a wife.  I was never going further than 70 miles.

Completing a 100 mile event has been in the back of my mind for a little while now, although I was adamant that I would not be fast enough to complete the distance based on my 21 hour time over 70 miles in 2014.
I’m easily swayed!  I knew I needed to improve my speed and learn more about me as a runner before going further, so last year I reluctantly settled to complete the 70 mile event again, but improve my speed.  I concentrated on nutrition and strategy and this time, despite still finding the event challenging, at the same time it felt relatively ‘easy’, like I could have gone on further and I came home as third lady, taking more than 3 hours off my time from the previous year.  I was so incredibly happy and proud that day. 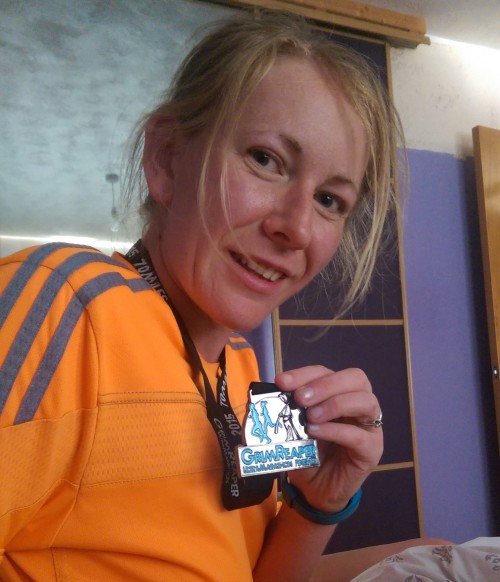 The last few months I have been speaking to people.  On twitter, on blogs, in real life.  Who has run 100 miles?  How did they find it?  Any advice?  What were different course terrains/elevation like?

How do I plan on getting there?  By setting the following targets for 2016…

I am not going into this entirely blindly.  I have done my research on courses, and a few other members of my club also plan on being on the starting line in 2017.  I’m not so niave to think I will definitely be there on race day.  Lots of things can happen when you plan seventeen months into the future, but at the same time I don’t want to put life on hold in case something crops up.  I need a goal.  If it doesn’t happen at SDW100 in 2017, then the 100 miles will come at some point in the future and I would like to be ready for it!

Earlier this week I applied to be a marshal on the South Downs Way 100 course in June this year.  Working the course will allow me to speak to runners out there and become more familiar of the course before running it.

My first race of the year has now been booked.  I shall be running the Thames Trot 50 on February 6th.

As well as running, I have a few other goals for the year…

So, I think I should probably stop there.  Five running goals, four non-running goals and an aim for 2017.

What are your goals for 2016?
Do you make any long term goals?

Dan and I got together back at the start of 2007 whilst we were both at Staffordshire University and our groups of friends got talking on a night out. After END_OF_DOCUMENT_TOKEN_TO_BE_REPLACED

I have run a number of races since I first started blogging.  I’ve tried to blog about all of the races I’ve entered, and have split them below into the END_OF_DOCUMENT_TOKEN_TO_BE_REPLACED

So who am I?… I’m a 30 year old high school teacher of ICT living in Northamptonshire with my new husband Dan.  We met at Staffordshire University back in 2007 END_OF_DOCUMENT_TOKEN_TO_BE_REPLACED