Food was rubbish yesterday.  At treats there were no healthy options.

My food intake was a white bread roll with three slices of pepperoni inside followed by three mini bites flapjacks.  I managed to eat relatively slowly to avoid having to eat anything else out of politeness.  I did have a cupful of Innocent smoothie though.  I’ve always loved the Innocent brand.  I subscribe to their newsletters and they’re so random and quirky!

At breaktime I got a message to say that our bus driver for riding club was off sick so Jenny and I were on the desperate hunt to find a replacement by 3:30 to take the kids to the stables.  Luckily we found a driver, but he could only take the kids there, not return them.  Thus began a mad ring round by our Extra-curricular Officer to see if parents could pick kids up.  Three could.  Jenny agreed to do two trips if necessary to return them all to school afterwards, but it was very stressful!  In the end another parent rolled up so Jenny only had one trip (without me) so I called Dan to collect me from the stables instead.  And began walking along the road towards him to try and keep warm for the 20 minutes it took him to get there.  I was freezing by this point!

Dan and I had spotted a poster last weekend which said that the circus would be in the town next to us this week so decided to head there as our date night last night. 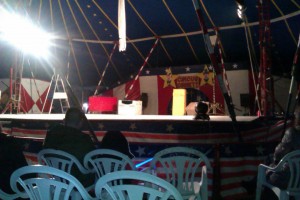 When we got back from the stables I quickly spread peanut butter on two mini wholemeal pittas as a snack, got changed and we headed out.  It was raining hard by now, so we sat in the car until almost the start of the show to try and keep warm and dry. 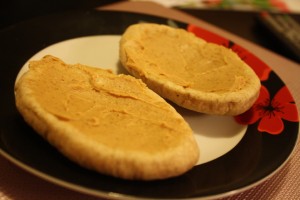 When inside (still freezing, but a little warmer and sheltered under the BigTop) we grabbed a hot chocolate to attempt to warm our insides and munched on a shared bag of candyfloss. 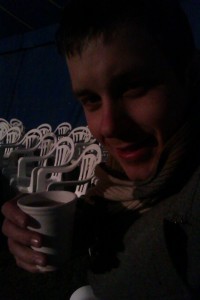 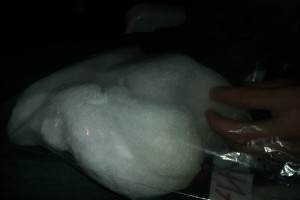 There was an eldery man that was extremely acrobatic and a really funny dog act.  I laughed hard!  At the interval we each grabbed a hotdog from the stand (again, to try and warm up a little more). 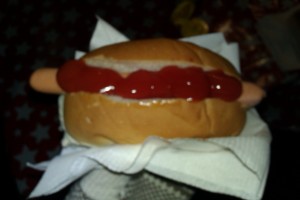 During the second half, Dan was chosen to go and become an assistant on stage!  I only have a video of it unfortunately, no pictures, but I laughed so hard!  The elderly acrobat from earlier in the show wanted to increase the height he was handstanding on and had a series of bricks that he gave Dan to add to the stacks he had his hands on.  He kept taking one hand off, taking a brick from Dan and increasing that stack, before shifting his weight and doing the same with the other hand.  He had Dan dancing and prancing all over the stage!  Sooo funny!

When I got back I still had to check through 130 year 7 reports, so got under the duvet in bed with my laptop and spent until 12:30am this morning re-writing and checking reports.  I was really exhausted by the end of it.  It’s going to be a busy weekend ahead as well.  I now only have THREE teaching days to go, and won’t be in school on Tuesday, so have to write cover for six lessons this weekend as well as complete marking all year 7 projects.  Come on Easter holidays…almost there now! 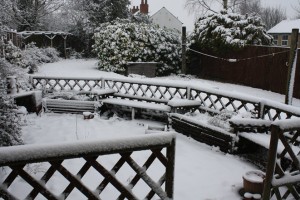 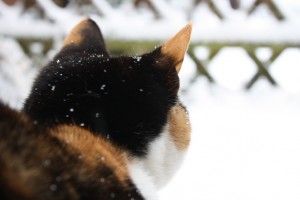 (Bella is not impressed!)

Somebody from running club has just posted on Facebook that it is supposed to be temperatures of -9 tomorrow.  Last year at Oakley I got burnt! 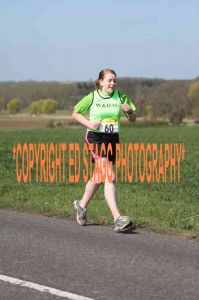 Fingers crossed it will still go ahead.  I’m getting really fed up of ice on the pavement, snow and very little running!  I did 8.2 miles on the school treadmill Tuesday night and it was very, very dull!  I very much missed my long weekend run last week.  Fingers crossed this cold spell is nearly up.
What’s even more frustrating is Dan’s off at the football today, so I have a day to myself to go out for a run in daylight (while the roads aren’t too icy) but don’t want to use up too much energy in case the race goes ahead tomorrow! 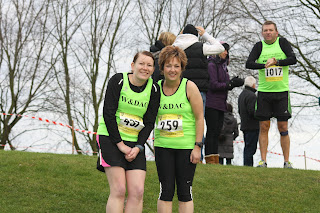 I completed my first half marathon!  I thought 2:15-2:30 would be a realistic time to aim for, going on my comfortable base pace and looking at times from other’s first half marathons.  However, I was extremely proud on the day when I came in at 2h 13m 10s!

AND I could have done better, having walked a large chunk at around mile 11.
I really struggled at mile 11.  I had in my head that there was a water station here, but it wasn’t until 11.5 which put a huge mental block on me to keep going forward.  I found 11.5-13 very easy, but really struggled again for the last 0.1 mile!…Until I saw Kerry run towards me screaming out my name to encourage me to the end!  She was placed perfectly, and I even managed a sprint finish!  Although very happy with my time, I know I can do better, and would like to aim for a sub 2h 5m half at Silverstone in March. 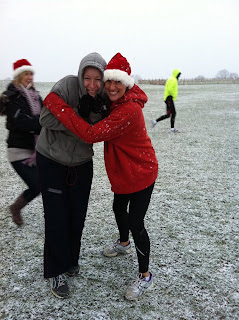 I have also completed my first race, or even first run in the snow!  Stopsley cross-country was yesterday morning, and just as we arrived it really started to snow!  There were snowflakes as big as 10p pieces!  And I was in shorts!  Eek!  Luckily, the run helped me to warm up once we began.  I didn’t perform very well but was under no illusions that I would, having raced a half marathon a week earlier, being ill for the entire week and only completing one small, poor run since the previous Sunday.  However I was not last, and had loads of fun out in the snow!

Now, serious training begins for my marathon!  Doctors appointment today to be declared fit and my plan begins next week, so lots of runs to be fit in this week to get back to full fitness.  I am really looking forward to it!

Dan and I got together back at the start of 2007 whilst we were both at Staffordshire University and our groups of friends got talking on a night out. After END_OF_DOCUMENT_TOKEN_TO_BE_REPLACED

I have run a number of races since I first started blogging.  I’ve tried to blog about all of the races I’ve entered, and have split them below into the END_OF_DOCUMENT_TOKEN_TO_BE_REPLACED

So who am I?… I’m a 30 year old high school teacher of ICT living in Northamptonshire with my new husband Dan.  We met at Staffordshire University back in 2007 END_OF_DOCUMENT_TOKEN_TO_BE_REPLACED